THE Guardian has condemned the middle-class gentrification of Brixton by its own readers.

The paper has backed the Reclaim Brixton campaign to stop working-class, ethnic minority groups being priced out of the London borough by white, liberal, middle-class people who work in the media.

Nikki Hollis, a Guardian columnist who lives in Brixton, said: “I’m having all my dreadful friends over for supper so we can discuss what to do about ourselves.

“We’ll probably force one of the local delis out of business, which would make the area five percent less desirable.”

Guardian reader Tom Logan said: “Brixton has changed so much since I moved here from Guildford six months ago to the flat my parents bought me on Coldharbour Lane.

“The African-Caribbean community is being forced out by white Guardian readers who want to live here because it’s associated with riots and reggae.”

He added: “I live here because The Clash once wrote a song about it, which is totally different.”

Donna Sheridan, 61, who moved to Brixton from Trinidad in 1965, said: “I think the Guardian readers are quite nice. Completely full of shit, but nice.”

Bombing Libya then f**king off was the responsible thing to do, says Cameron 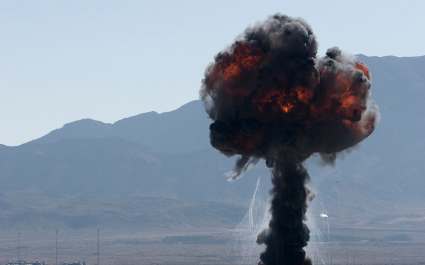 DAVID Cameron has insisted bombing Libya and then forgetting about it was an act of statesmanship.

The prime minister stressed there is a time for not interfering in the sovereign affairs of another country, and that time is after you have dropped a lot of bombs on it.

He said: “My critics say that after toppling Gaddafi we should have sent in troops to rebuild the nation, but I find it’s never a good idea to stick around somewhere after you’ve done some bombing.

“We had, quite simply, done as much as we could do from 35,000ft and didn’t want to outstay our welcome with the good people of Libya, many of whom have turned out to be utterly terrifying.”

When pressed on whether he would bomb or invade any Middle Eastern or north African countries, Labour leader Ed Miliband said: “Well, obviously you’ve got to do at least one.

“But I’d make it a nice easy one like Bahrain or Chad.”