Guitar in flat for decorative purposes only

AN acoustic guitar in the corner of a living room has never been played and is irrevocably out of tune, it has been revealed.

While Tom Logan’s guitar has remained in a prominent position in the house for six years, a telltale coating of dust betrays a complete lack of use.

Friend Stephen Malley said: “It’s always in exactly the same place, propped up casually as if Tom’s only just put it down after a jam session.

“But I’ve never seen Tom show any inclination to play it and the other day I idly strummed it and it sounded like a tiny cow that had fallen into a well.

“I asked him if he had a plectrum and he looked offended, as if I’d said something sexually inappropriate. I am 100 percent convinced he has no idea what a plectrum is.”

But Logan insisted the guitar is a prized possession, which he greatly enjoys not playing.

He added: “It’s very important to me that I have a guitar.  It’s as precious to me as those framed posters for plays I’ve never seen.” 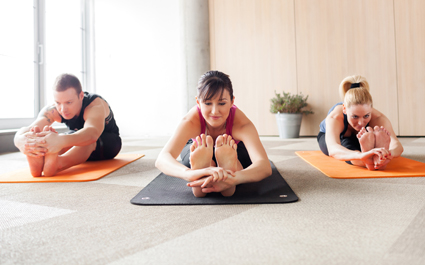 PEOPLE trying yoga for the first time have discovered its unique combination of tedium and extreme physical discomfort.

36-year-old Emma Bradford tried a class on National Yoga Day: “I thought being in pain was, although unpleasant, inherently quite exciting or at least alarming.

“But yoga is so boring that I am didn’t even notice my ligaments detonating as I bent like a human croquet hoop.

“Because the droning of the yoga teacher and the weird sanctimonious vibe make an hour seem like a week, I’m thinking harder about escaping back to normal, fun stuff than I am about being sore as hell for a fortnight.”

Recruitment consultant Tom Booker said: “Yoga has given me an opportunity to ponder the bigger questions like ‘why am I doing this?’, ‘what possible benefit could it have?’ and ‘if I let rip with a loud guff will everyone judge me?’.”