GULLIBLE people are to receive yet another compensation payment after taking out insultingly worthless credit card insurance.

The £1.3 billion windfall for the easily-convinced follows similar rewards for taking out loan insurance, mortgage insurance, insurance protection insurance and other things that sound good if you don’t think about them at all.

28-year-old Emma Bradford said: “Whenever I talk to my bank I just say yes to every question they ask because I know they have my best interests at heart.

“As a direct result I now receive thousands of pounds every month in compensation and appeared in this years Sunday Times Rich List.

“I’m not sure what I’ll do with the money, I’m basically sitting by the phone waiting for someone to ring up and offer me a timeshare.”

Car salesman Stephen Malley agreed: I lack the mental ability to understand when I am being misled, and because of this I now have a massive house full of UFO books and homeopathic products.

“People say I’m gullible but that’s not even a proper word, at least it isn’t in the dictionary.”

However chef Carolyn Ryan said: When I got a credit card, I wasted six hours saying no to questions like Wouldnt it be reassuring to know that in the event of the sun going nova your payments would be kept up automatically?

A spokesman for the British Bankers Association said: We regret that these costs will be passed on to customers with normal brains.” 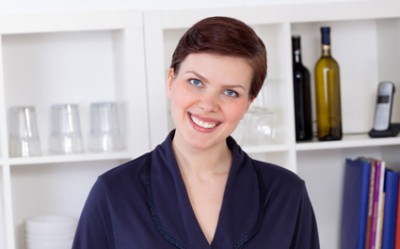 PEOPLE who booked Friday off work are cackling like maniacs at the success of their scheme.

The devious, probably evil individuals submitted holiday forms months ago with the seemingly innocuous request of ‘the last Friday in April’ before anyone else had even thought of it.

Office administrator Jane Thomson said: “I don’t think my line manager even realised that Monday was a bank holiday.

“She was like, ‘doing something nice?’ I said I just wanted to clear out my garage and maybe take some stuff to the tip.

“Now I have four whole days stretching out in front of me. I could pretty much go to India if I wanted, or have a rites-of-passage summer adventure like in a Stephen King book.

“All those poor saps are toiling away. I am so much better than them.”

Thomson’s colleague Stephen Malley said: “We can’t help feeling betrayed on some level. She’s obviously not a person you can trust.

“In fact I hope she dies over the weekend.”