Hackers not sure what to do with stolen passwords

HACKERS are wondering how they can profit from stealing millions of passwords to free email accounts and entertainment websites.

Now he can watch 30 Rock on Netflix

The Russian hackers are concerned that they may merely have gained access to freely available video clips, unremarkable personal photos and trillions of inane emails.

Hacker Dimitri Andropov said: Im fucked if I know how to make money out of a random Norwegian teenagers YouTube account full of Rammstein videos.

Weve got plenty of stolen email addresses, but its pointless spamming them because nowadays everyone just laughs at spam instead of being excited about getting a cut-price Rolex or massive penis.

I even tried collecting personal details off Guardian Soulmates to commit identity theft, but after a while I got sick of the chronically needy with their Zumba and love of French cinema.

The Russian hackers said they were now developing completely new internet scams, such as demanding that people handed over their bank details or face having their iPlayer favourites list deleted.

Andropov added: We may not be able to empty peoples bank accounts, but we can definitely stop them receiving their LinkedIn updates.

IT consultant Stephen Malley said: The only way to protect yourself against hacking is to pay an IT consultant £200 an hour to install Norton AntiVirus and eat biscuits. 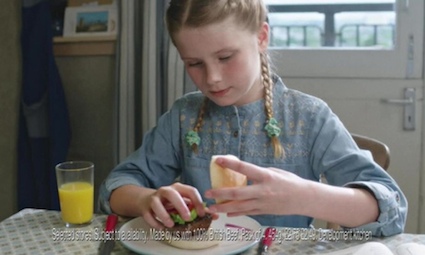 A SUPERMARKET advert has been banned for suggesting children like beef burgers more than lettuce.

In the advert the girl is given a burger in a bun by her mother and then carefully removes the lettuce, onion and tomato because they are obviously getting in the way of the fantastically delicious meat.

An ASA spokesman said: “Normal children are bad for normal children. All the television children must be weird. Then all the children will be good.”

The original version of the ad showed the girl being even more normal by taking a bite out of the burger and then slowly spitting the lettuce onto her mother’s plate while giving her the V-sign.