Happy Mondays 'reunion' actually just some smackheads in a park

RUMOURS of a Happy Mondays reunion have been quashed after it was revealed to be a group of heroin addicts near some swings.

Baggy fan Tom Logan was looking out of the window of his Manchester flat when he spotted what he believed to be Shaun Ryder, Bez and the other ones.

He said: “I excitedly called my girlfriend over and said look, it’s the Mondays, they must have just been at a recording session and now they’re relaxing in the park, drinking cans of Special Brew and telling each other to fuck off.

“Let’s go and get their autographs.”

However closer inspection revealed the individuals to be some heroin addicts called Mikey, Tigger, Karl and Scouse, who had never been in the Happy Mondays.

Logan added: “Although physically indistinguishable from the Happy Mondays, these people were not recording artists, nor did they have any anecdotes about dropping quadruple pink callies before going on stage at the Hacienda.

“One of them wanted 32p for the phone. Apparently it’s a special type of payphone, one that takes 2p pieces.

“We chatted for a bit, Tigger was the most upbeat despite having to go and have his leg amputated on Tuesday.”

Logan’s girlfriend Emma Bradford said: “I had this idea to get them to pretend to have been a really influential Manchester band called the Space Finches.

“As no-one remembers the mid 90s because of all the drugs, it should be easy for them to get some gigs.” 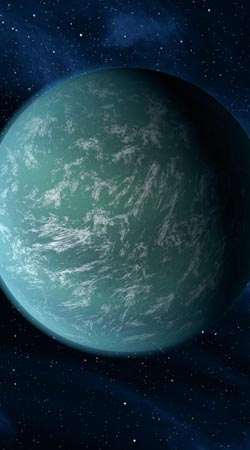 THE ‘New Earth’ has a temperate climate, liquid water and is probably teeming with unbearable arseholes, scientists have claimed.

Latest analysis from the Keppler space telescope suggests the planet is so similar to the Earth there is a strong chance it will support life that is noisy, selfish and woefully ill-informed.

Experts say that if Earth makes contact with the planet, which has been named Keppler 22b instead of something brilliant like Galaxamax or Carlabruni, it would be like two salesmen meeting in a car park.

Professor Henry Brubaker, of the Institute for Studies, said: “There would be an immediate cock-measuring contest followed by a series of worthless boasts, each more pathetic and ridiculous than the last.

“We will try to subtly undermine each other with a display of mutual passive-aggression so weasely and childish that it will make the inventor of the Keppler space telescope want to throw himself in front of a crocodile.

“We will make a series of empty promises and say farewell while thinking what a total fucknut the other one is and then carrying on with our incredibly disappointing lives.”

Astronomers will now study Keppler 22b in greater detail to see if its life forms have cities, roads and the sort of television programmes that in a proper universe would carry the death penalty.

Professor Brubaker added: “We could set up some kind of inter-galactic social network bullshit so that we can trade disturbingly violent opinions about Doctor Who and whatever excruciating piece of shit they have instead of Grey’s Anatomy.”

But Professor Brubaker also stressed that as Keppler 22b is 2.4 times larger than Earth it could easily out-arsehole us in an arsehole war.