Hard kids get their own soft play centre

A SPECIALIST soft play centre for hard evil kids has opened near Swindon.

A spokesman said: “It’s an aggressive wonderland where tiny psychopaths can punch each other as hard as they like without risk of being disciplined. In fact we only punish the weak.

“This is the play equivalent of a hard pub. When you enter, it all goes silent and the kids stare at you, sizing you up.

“Children must be under 10 and have no morals.”

Mother Mary Fisher said: “My nine-year-old is a swirling vortex of hate and he loves the scary tribal atmosphere here. It’s a great outlet for his evil urges and since I started bringing him the cat disappearances on our street have totally stopped.” 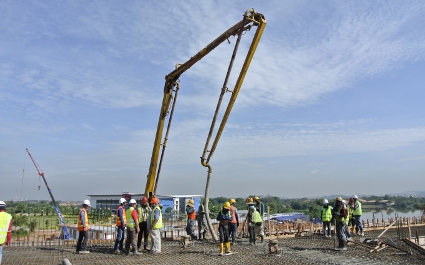 A TIME capsule containing the Ebola virus, a bent iPhone 6 and a UKIP manifesto has been buried under a school.

The capsule, which also includes an Ed Sheeran album and a map of the world with disputed areas highlighted in red, was buried by staff and pupils as a warning to future generations.

Headteacher Helen Archer said: “In the unlikely event that humanity endures we hope this will remind them of how nearly it all ended in disaster.

“Hopefully in 2084 everything will be so great that they’ll be able to look at this Real Housewives of Orange County DVD and smile at how far they’ve come.”

The burying of the capsule was followed by the opening of a time capsule that had been in the ground since 1974, containing a Goblin meat pie, a David Essex single and a signed photograph of Dave Lee Travis.