Holiday in UK leaves family with treasured memories of arcade

A FAMILY that went on holiday in Britain spent the whole time in an arcade, they have confirmed.

The Sheridan family’s two-week stay in Weymouth consisted of frantic combat in games like 3D Dinosaur Hunter and House of the Dead because it was pissing it down.

Mum Donna Sheridan said: “There’s no reason why family holidays have to be about exploring rock pools rather than killing an endless army of  Nazi zombies.

“I’ve got some wonderful memories, like the look of joy and exhaustion on my eight-year-old’s face when she finally reached the 40th level of Galactic Annihilator and destroyed the space-hydra.

“Personally I think the four-player option on Dungeon Siege V helped us bond as a family, and if I needed some time to myself I’d just go on the driving games.”

Dad Clive Sheridan said: “I got addicted to those machines where you drop 2p pieces onto a moving tray thing, and ended up winning 12p.

“This holiday was way better than Center Parcs, which is just a load of middle managers sitting on balconies eating salad.”

You can f**k off if you think you’re getting a new iPhone now, says Apple 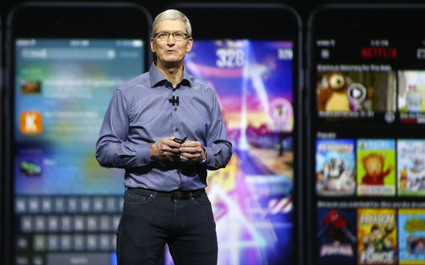 APPLE CEO Tim Cook has announced that next week’s iPhone 7 launch will not take place because the world does not deserve it.

Following the European Commission’s ruling that Apple must pay €13 billion in back taxes, the company has cancelled the launch and condemned humanity to a dystopian future without new Apple products.

Tim Cook said: “You did this to yourselves.

“All we wanted was to give you life-changing new technologies for a nominal fee but no, you insisted we pay tax like we were a dirty little kebab shop.

“Well, from now on there’s no annual iPhone update. Every Apple user out there will be trapped in the personal hell of having a phone less advanced than a teenager’s Android.

“And we were just about to get rid of the headphone socket too, meaning you had to buy a new £300 pair of Beats By Dre.

“That’s all we ever wanted. To help.”