HOUSES, for so long the friends of mankind, have finally turned against their masters, according to the latest property market survey.

Mortgage lenders have reported a sharp rise in houses uprooting themselves from their foundations and embarking on murderous rampages, caused by either a comet which recently skimmed the earth’s atmosphere or the tightening of credit conditions since April.

Tom Logan, of the Halifax, said: “We’re definitely seeing the start of an uprising by sentient houses and bungalows hell-bent on chaos.

“They are using the jagged glass of their smashed windows as razor-sharp teeth, tearing and rending mercilessly through flesh and bone, consuming all in their wake.”

He added: “It is a concern for homeowners, particularly those with a five-year fixed rate or a tracker. In the short term prices will be affected, while in the medium to long term they’ll kill every single one of us.”

The leader of the houses, 28 Rathbone Place, said: “For centuries we have given you shelter and warmth and you repay us by mutilating our kitchens in the vain pursuit of profit, or to make your friends feel inferior and worthless. It ends now.”

Teacher Emma Bradford recently purchased a two-bed semi in an up-and-coming area of Lewes, East Sussex for Â£195,000. It has since slaughtered her fiancÃ© Tony.

She said: “The house lifted up its attached garage and swung it like a mallet, instantly severing Tony’s head.

“Then it jumped up and down on his body, crushing it to a bloody pulp as the letter box turned into a mouth shouting ‘Die! Die! Die!’.

“It’s a nightmare. I’ll probably have to move back in with my parents.”

Snoop To Pimp Out Deirdre Barlow 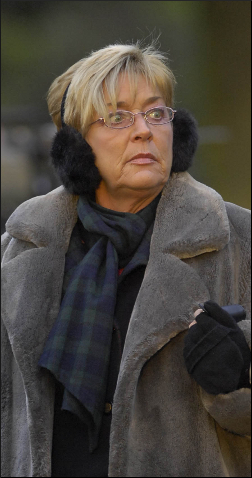 RAPPER Snoop Dogg is to feature in a Coronation Street storyline that sees him running a stable of psychotic crack whores from above the shop.

The star is a big fan of the show and insists on Bettie’s Hotpot as part of his backstage rider. He also remixed the theme tune for his recent album Weatherfield This, Motherfuckers.

Dogg said: “I be chilling with some mild in the Rover’s Retizzle while my shorties Deirde, Gail and Janice take turns on my dizzle.

“Then that bitch motherfucker Ken Barlow be all up in my grill, fronting about some plannng application ’til I have to pop a cap in his motherfuckin’ head.”

Coronation Street producers had been keen to celebrate the show’s 50th anniversary with a tram-based bloodbath, but now insiders are hinting the wage bill could be reduced with a drive-by shooting as Snoop and Deirdre turn up the Fiddy Cent and spray a bus stop with a pair of Uzis.

Snoop added: “In the show, I turn out Deirdre ‘cos she been out of cash since the council made her redundant.

“I drive her wrinkled ass to Bolton and tell her not to come back ‘less she got my money. Then she gets all fucked up on crack and shit and tells me she got some scores to settle with some bitches and motherfuckers.

“We take down the bus queue and then get out of the car and dance real dirty as that badass, theme tune trumpet shit comes on.”

The storyline is the first time a US star has appeared in a long-running UK show since Harvey Keitel reprised his ‘Bad Lieutenant’ role in Last Of The Summer Wine in 2003.

Coronation Street producer Roy Hobbs, said: “It’s great to have Snoop here and in 10 years’ time when we’re fending off further accusations of racism for having so few black characters on the show because our audience is afraid of them, then maybe he can come back.”