THE number of people buying houses has been linked to what a massive ball-ache it is.

Reduced lending and market instability were considered major factors, but new research suggests it is caused by curtains and the poles to which they are attached.

House mover Wayne Hayes said: “After painting this overpriced pile of shit for nine hours straight to cover the handiwork of the previous owner’s brood of arseholes, I ate cold beans from a tin.

“Because apparently shops need six week’s notice to deliver a cooker, like you’ve just asked them to conjure up a unicorn made from nougat.”

The popularity of moving house was much higher when it simply consisted of comically over-filling a van with furniture and driving 500 yards up the road.

But as the number of companies that need to be notified surpassed the number of humans listed in the Domesday Book, more people are deciding to put up with the place they currently despise.

Hayes added: “Seriously, fuck this. I’m not moving again, even if it’s gradually filling up with a poisonous black ooze.

“Anyway, I now have to wait for an electrician to take my money and look at me like I just invited his nan to a cock-fight.”

Bieber late because he was being Taylor Swift 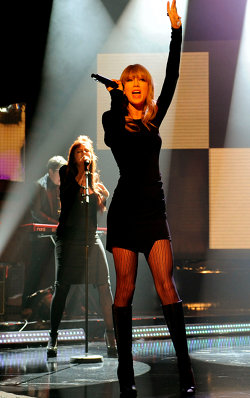 JUSTIN Bieber left fans waiting for two hours because he overran at another venue as Taylor Swift.

The star’s management said it was inevitable that the same person being two of the world’s biggest pop stars would eventually lead to a scheduling mix-up.

But angry parents attacked Bieber for his late arrival at the O2 gig in London, insisting he had all day to be Taylor Swift.

Parent Tom Logan said: “I left the Taylor Swift concert in plenty of time to take my daughter to the Justin Bieber concert and I don’t see why he couldn’t do the same.

“Don’t get me wrong, I would love him to be Taylor Swift all the time, but I am also the father of a Justin Bieber fan.

“He does look great as Taylor Swift though, doesn’t he? Jesus Christ.”

A Bieber-Swift spokesman said: “When he has to be both on the same day it’s always a mad rush after the Taylor Swift concert – changing outfits, redoing the make-up and getting shaved.”

He added: “After having sex with Harry Styles, Justin likes to spend more and more time being Taylor Swift.

“He wanted to have a longer relationship with Harry, but Harry has to spend a lot of time being Jade from Little Mix.”