How to convince yourself you like the home you can afford

NOBODY can afford to buy a house and renting is hell. Convince yourself you’re delighted with what your budget stretches to with these lies:

As an animal lover, you adore being soothed to sleep by the midnight howling of your neighbour’s Staffy. And its deafening barks, honed by rounds in the dog-fighting ring, are a reminder that you live in a community with traditional British sporting interests.

The nearby sewage refinery is amazing

Being environmentally minded, the inescapable odour of biologically-treated wastewater is perfect for you. A big lungful of degrading bio-matter smells like victory against the climate crisis, and after a couple of decades you won’t even notice its pungent stench.

It’s so handy for the dual carriageway

Literally open the front curtains and there is is, the A31, roaring by just a pavement and a concrete barrier from your door. How can anyone not love that kind of convenience? Except you don’t own a car and there isn’t anywhere to park one.

Living under a railway arch is a hipster’s paradise

For the price of this converted workshop under the line to Didcot Parkway you could buy a sprawling five-bed house in the Midlands or somewhere. But honestly, the ingrained stench of oil is so authentic and heritagey, and the trains sort of sound like the ocean crashing on a beautiful shore just above my head. Sort of.

The drug dealer next door is also a DJ

On the down side, there would be a steady footfall of unfriendly characters banging on their door. But on the plus side, having a drug dealer on the other side of the wall opens your horizons to all kinds of 120 BPM bass-heavy music which is best enjoyed late at night.

'Let's agree to disagree', says woman who will bring it up again in five minutes 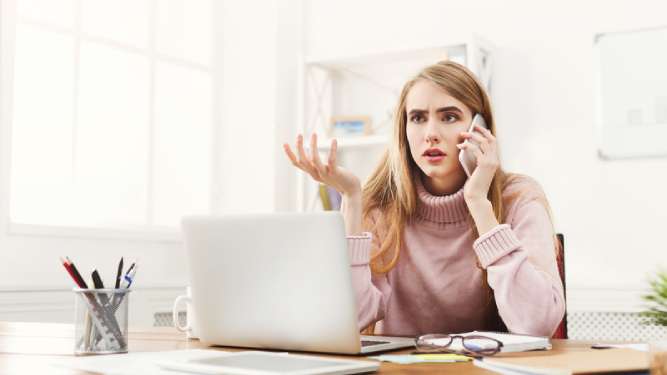 A WOMAN who has asked everyone to agree to disagree will raise the contentious issue again in a few minutes.

Tensions were first raised when Francesca Johnson interrupted a work presentation to point out a minor formatting error. Despite reassurances from her colleagues that this was nothing to worry about, Johnson refused to drop the matter.

Manager Mary Fisher said: “I don’t know why we’ve been talking about it for this long. It’s not ideal for there to be two different fonts on one slide, but Francesca won’t let it go until we admit it’s unprofessional, apologise and launch some kind of enquiry.

“She also seems to think it’s our fault we’re still talking about it. Seven times in the last hour she’s said, ‘this is silly, let’s all drop it now’. But a few minutes later I’ll hear her launch back into ‘I just think it’s funny how some of us can’t follow the guidelines’.

“The last video call ended with her saying that we should move past this, but I can already see her furiously typing away on the group chat. We’ll never hear the end of it.”

Johnson said: “There’s nothing more to say. We’re not going to get anywhere talking about this all day. The matter’s closed and everyone should move on.”

Two minutes later, she added: “It says a lot about a person if they can’t admit to messing up though, wouldn’t you agree?”