How to get out of social commitments

YOU’VE made the terrible mistake of agreeing to meet, visit or otherwise interact with a close personal friend. How can you get out of it?

Have you got Covid? Have they got Covid? Has someone in either of your circles begun self-isolating? Best not risk it then. It’s Willy Wonka’s golden ticket in reverse, and you’ve only got so long to use it. When you’re then seen out the pub, simply claim you’ve had a lateral flow.

A fog of vagueness

Don’t give them anything specific. Just be unsure you can make it, then doubtful you can make it, only saying ‘well it’s this thing’, dodging, changing the subject, moving on like Boris Johnson questioned about who paid for his Caribbean holiday. Nobody can fight the fog.

‘Such a shame but you’ve got something that day. I know!’ They know you’re lying. You know they know. They know you know etc. But the unspoken agreement that you all play along means you won’t be challenged, in case they want to do the same thing to you next time.

Should be reserved for work skives, but you might lazily blurt it out. Then if your friend’s former neighbour’s son’s best friend’s sister follows your supposedly dying Aunt Ethel you could be exposed, Ethel could find out, and the shock of hearing she’s at death’s door could kill her. And now you’ve got a funeral and a wake to wriggle out of.

‘I like you, but I’ve got used to not doing this and I’d rather slump in front of the telly than come round yours and eat your food and hear your opinions.’ Sometimes it’s kinder to administer a dose of reality than to lie. And if it’s received badly and you lose a friend, then that’s more time for you to watch Tipping Point. 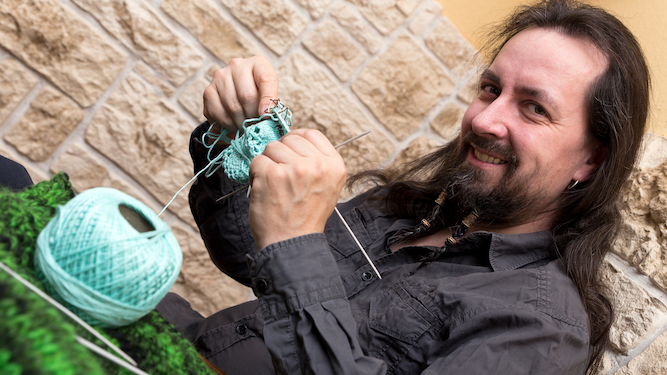 DETERMINED to save money at any cost? These ways to spend less will ultimately cost you shitloads:

You wouldn’t think it, because you imagine drunk monks, but brewing is a highly skilled business. Your amateur efforts will only produce hock hock that tastes like meths or bitter so weak it takes 20 pints to feel mildly pissed. And it take so long to brew it’s like planning to go out for a quick drink in three months’ time. Your supermarket booze budget will double, to cope.

Parcel it up, pop it in the freezer and you’ll soon eat out of bins rather than suffer more of your mediocre frozen spag bol. So you’ll end up ordering takeaways, cancelling out the savings instantly. You’d have a more varied and interesting diet in prison.

Never buying a round

Saves money but eventually people will start saying things like ‘he’s got short arms and deep pockets’, or more directly ‘don’t invite that tight bastard’. Best to maintain your self-respect than to never be bought a drink ever again, and ultimately cheaper.

Like a holiday in reverse: after pitching the sodding tent, fetching water and sleeping on the ground for a week you’ll be more exhausted than a Wehrmacht soldier on the Eastern Front. Caravanning isn’t much better, due to faffing around with gas canisters and having to f**king fold things away all the time.

You can get some amazing deals online. The only problem is that you don’t know if the previous owner has been working on the laptop all day, then wanking or hammering World of Tanks until 3am, so the battery has a charge of four minutes and the motherboard is about to catch fire.

If you don’t mind putting drinks down on wobbly homemade tables or wearing unusual jumpers, go ahead. But they will be so shit and take up so much time you’d be better off just buying top-end and paying for it with a second job.