How to get through your child's sports match

IT’S FREEZING cold and it’s raining but you’ve still got to sit through your kid’s five-a-side game followed by two hours of touch-rugby. Here’s how to endure it:

Start a fight with another parent, partly for the banter but mainly just to warm up a bit. Hopefully you’ll both be banned and can spend Saturday mornings in the nearby pub dissecting what a great scrap it was and complimenting each others’ martial prowess.

Engender severe flatulence, not only to generate warm air but to repel other spectators and their tedious conversation about how wonderful their child is. Watching their middle-class faces strain to stay polite will be far more thrilling than the lame match.

Hide the family hamster under your clothes as you stand on the touchlines. As little Pippin attempts to escape from your gilet there’s the buzz of risk and a sexual frisson you haven’t experienced since the first Fifty Shades movie.

Fill your flask with magic mushrooms. The match is so much more interesting when the fly-half has the head of a beluga whale, his Dad has donkey hooves for hands and the referee is Bouncer from Neighbours but with Harold Bishop’s face.

Shove a bent Euro in the vending machine and watch as kids and adults alike struggle to get a post-match KitKat. The kicking, wrestling and emotional tension will easily outshine whatever happens on the pitch.

Complain to the other parents about how they should bring back proper sports like jousting, dog-fighting and water-boarding. You’ll either be shunned or invited into a curious underworld by a guy called Knuckles who will make you feel alive again. Both would be a result.

Nobody wants to eat cookies baked by a four-year-old 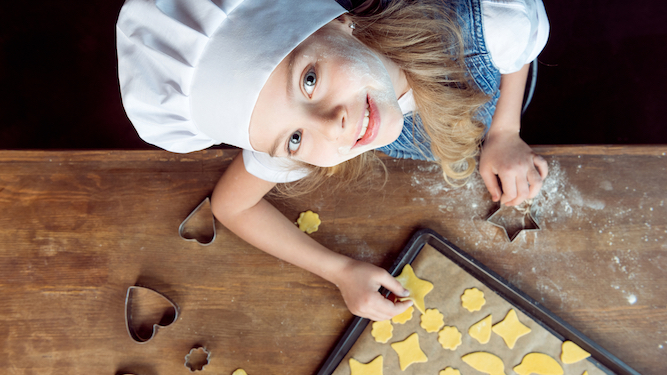 A FOUR-YEAR-OLD has baked cookies that everybody is doing their level best to not actually eat, they have confirmed.

Ellie Shaw has made the cookies with her own unhygenic hands and now wants adults to eat them even though they saw her pick her nose while stirring the mix.

“No seriously nobody eat them. She went to the loo halfway through and I know she says she washed her hands, but I didn’t hear the tap running.

“Plus she got bored of stirring  so there’s pockets of pure powder in there. And you can’t get caught spitting it into the sink because she’ll cry.

“Just put them to one side and I’ll smuggle them into the bin later while she’s watching Teen Titans Go. You don’t want these in your mouth. Trust me.”