HAS it been so long since your children physically went to school that none of their uniform fits? Here’s how to improvise in a panic on Monday morning.

Paint a pair of trainers black

The shops are shut so a last-minute dash to Clarks is impossible. Instead, embrace the ‘make do and mend’ spirit of lockdown by slathering a pair of white trainers in black emulsion. Your kid will attract bullies because they smell weird but that will just toughen them up.

Thanks to all that perpetual growing, children go through uniforms incredibly quickly so you should have a few old, too-small ones to hand. Stitch them all together to form a patchwork affair that you think has a charming Technicolour Dreamcoat aesthetic but is actually more Frankenstein.

Say you got confused about the date of World Book Day

World Book Day was last week and technically Superman is from a comic rather than a great literary work, but at least they’re fully dressed and at school. If a teacher complains, angrily demand to know why they’re so intent on shutting down your child’s right to self-expression.

Claim your kids have got a new dry cough

If all else fails, blame Covid. Yes, you’ll shut the school down for another fortnight but at least it will give you and all the other parents the chance to pop down to the big Tesco and get the children properly kitted out.

Just send them in their bathrobes

Let’s face it, it’s pretty much all the kids have known for the last six months. It’s going to be the path of least resistance. Say it’s for their wellbeing, wear yours too, and then dare anyone to make a comment.

Child-raising in the 1970s: a parent's guide 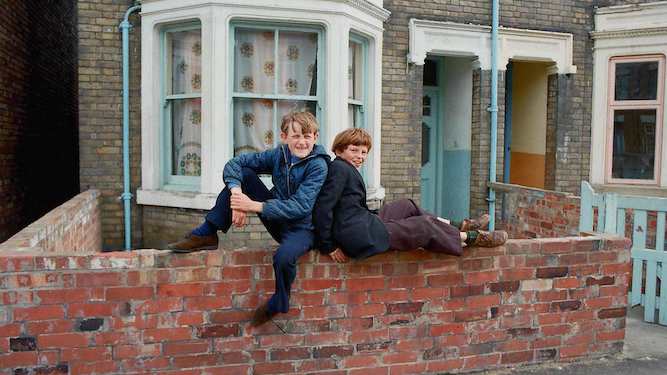 Stay out of it

Kids got a roof over their heads? School’s giving them some semblance of an education? Job done as far as you’re concerned. The rest of their time is their own. If they’re out of the house playing in an abandoned factory or kicking a ball into an electricity substation, you hope they’re having fun.

There are birthdays and there’s Christmas, and on these occasions give them some toys to last the intervening months. Could be an Action Man, could be a Sindy, could be Stretch Armstrong, but if they ask for clackers in the meantime, give them a clip round the ear and move on. Their boredom isn’t your problem.

A cuff to the back of the head, a slap on the back of the legs, perhaps even a boot up the arse to encourage them to leave the house for the next six hours: all crucial parenting skills. And don’t reserve these important duties for yourself. If relatives, friends or neighbours feel a clout is appropriate, let them be the judge.

If you’ve got a child approaching their final years of primary school, they’re pretty much an adult. Give them a front door key, tell them to look after their younger siblings – and the neighbour’s kids, if that’s the childcare arrangement that day – and get the tea on. Time they stepped up.

Make sure they know which pub you’ll be in

Reckless parents go out for the evening, leaving their kids alone, without letting them know which pub to go to when the house is on fire. Responsible parents tell them they’ll be in the Red Lion and will stagger out drunk in a serious emergency to administer clips around the ear.