A BLACK Lives Matter statue has appeared in Bristol where Edward Colston used to stand, and you’re pissed off. Here’s how to pretend it’s nothing to do with being racist:

You’ve got to respect planning laws, haven’t you? Apart from when you turned your garage into a pub and got fined. But frothing over a proper risk assessment is much less racist than your instinctive loathing of a black woman’s statue replacing a white man’s.

Edward Colston did a lot for Bristol

‘Colston was a philanthropist who built Bristol, what has that woman ever done?’, cry thousands of men who refer to Clarkson like he’s an old mate. Well, Jen Reid definitely never enslaved tens of thousands of people, so on balance she still comes out ahead.

Anyone moaning about mob rule is under the impression that the streets are awash with violent gangs demanding they stop watching ‘Allo! ‘Allo! The threatened tsunami of statue topplings never materialised. Colston will be on show in a museum soon. Get over it.

Whether you’ve accidentally grasped the wrong end of the stick or are being wilfully ignorant, you can pretend to be free of prejudice by saying the statue shouldn’t be there because ‘All lives matter’. It doesn’t matter that it make no sense even to you.

It will start a race war

There wouldn’t be racism if people stopped bringing it up, claim all those who also firmly believe we’re heading for race war. Luckily this only exists in their minds alongside a vivid fantasy about having a pint with Nigel Farage.

Couple perfectly matched unless they're driving, cooking, eating or choosing what to watch 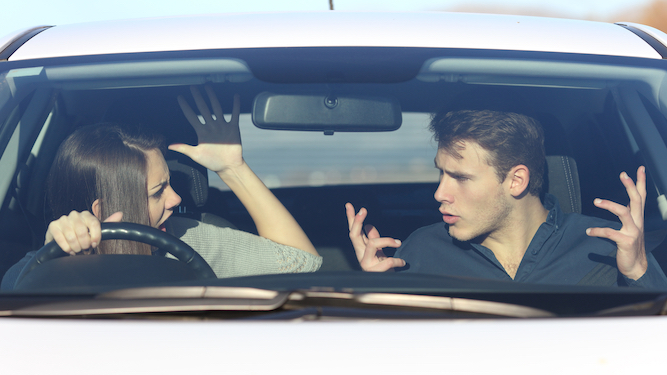 A COUPLE have a fantastic relationship in all the moments when they are not arguing about where to go, what to eat, or how to do literally anything.

Sophie Rodriguez and Joshua Hudson have been together for three years and enjoy a happy, harmonious romance apart from the constant screaming rows.

Rodriguez said: “I feel like Josh and I are destined to be together, except when he wants to talk to me or I need to talk to him, or we need to go anywhere or plan anything.

“We have such a great time. Like that time we went to the Fat Duck but he couldn’t f**king find it then we had a row about me being vegan that day then I was livid about how much it cost and we didn’t speak all the way home.

“We have the same values and have a shared vision of our future together, it’s just every single detail of everyday life interaction that’s problematic.”

Joshua agreed: “It’s the quiet moments together that make a relationship, like waiting for traffic to pass so Sophie can turn right even though she’s missed like 16 f**king gaps.

“We’re building our future on a strong foundation of mutual bafflement and constant irritation. I look forward to disagreeing about every aspect of raising a child together one day.”