HS2 money to be pissed away faster

THE government is being urged to quicken the pace at which it pisses away the HS2 budget.

Experts said the high speed rail project would only make sense if the pointless northern section was being built at the same time as the completely idiotic southern bit.

Civil engineer Jane Thompson said: “That way we can watch two budgets spiralling out of control at the same time.

“You can also piss even more money into a bucket by having two concurrent public inquiries into why the two budgets have spiralled out of control.”

Thompson added: “Just so much pissing. Like a million shire horses full of lager.”

HS2 is a £100bn scheme to have slightly shorter journey times from Manchester and Birmingham to London, thereby solving Britain’s biggest ever problem. 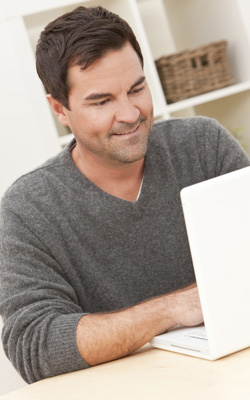 27-YEAR-OLD Tom Logan has no possessions except a few clothes and a state-of-the-art Apple laptop, it has emerged.

Logan admitted his purchase of a £1,200 computer was unwise as he has recently lost his job and will in any case only use it for social media and Netflix.

He said: “When I was a kid it was all about having a cool bike.

“Now I am a grown man of almost 30, with decades of life experience behind me, it is about having a cool computer.

“I could spend less on a cheaper computer that does the same thing, and thus be able to afford hot food, but I would rather die.”

He said: “To see me with my computer in Starbucks, you might assume I was some hot shit designer or the screenwriter of an Oscar-nominated film.

“Actually I sleep on a futon I got from a skip.”

Logan’s friend Wayne Hayes said: “I’ve told him he should sell it and get a cheaper computer, for example a chunky, robust PC of the type you get in libraries.

“Not because I care about him, but because I too am obsessed with technological one-upmanship and want to have the best computer in our social group.”