PLANS to thrust a huge metal phallus back and forth between Birmingham and London are not about me, transport secretary Philip Hammond has claimed.

Rampant2 is a 100-metre-long chrome-plated, rail-bound model of the male genitalia that will travel at immense speed between Britain’s two major cities, spurting out hot, sticky passengers at the end of each journey.

Meanwhile stations in both cities will be redesigned to look much more like vaginas.

The train will not begin its journey until it receives a series of signals at which point it will accelerate to maximum speed and blow its horn.

But angry train user Nikki Hollis said: “Surely making existing rail provisions less utterly diabolical should be more of a priority than building something that has a giant, realistic vein running down its side?

“The money could be used in a way that would benefit the ordinary traveller, for example by hiring assassins to shoot the people who install those seat-back televisions that you can’t turn off properly.”

Mr Hammond said: “Rampant2 may be costly but it will bring tremendous economic benefits and an immense feeling of satisfaction.

“And, purely by coincidence, it will also show my first two girlfriends that I’m all man.

“Birmingham New Street won’t be asking if it’s in yet.”

Goodwin having sex with your money 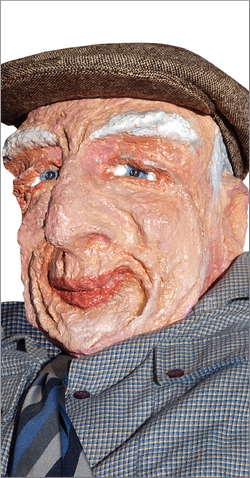 The ex-Royal Bank of Scotland chief has a range of anatomically correct mannequins which represent a cross section of the British public.

The key orifices are specially fitted with wide-necked balloons which are then pumped full of warm custard.

A source said: “There’s an OAP, a nurse, an estate agent and a Guardian reader, which even has horribly trendy papier maché spectacles.

“Each of them is positioned in such a way as to make penetration easy – but not too easy.”

The source added: “There’s also one that looks like him. Which, from a psychological perspective, I think is actually very healthy.

“That said, he does also have a room full of papier maché goats.”

The source said the figures have to be replaced regularly because of Goodwin’s frenzied approach to love-making.

“Because he has more time on his hands these days – what with him being such a dreadful banker – he makes them himself.

“The money is delivered in suitcases, straight from the Treasury, and he then tips them into a big bath and lets them soak overnight.

“The first batch were not good at all. They looked like they had been beamed-up in a faulty teleportation device.

“He had sex with them anyway.”