'I have no filter' enters Oxford Dictionary of Twattery

THE Oxford Dictionary of Twattery has announced this year’s new entries including ‘I have no filter’, ‘YOLO’ and ‘[x] is in my DNA’.

Editor Joanna Kramer said: “The phrase ‘I have no filter’ usually immediately precedes or follows the knob-end in question saying something directly offensive to those around them.

YOLO we believe stands for You Ostracised, Lonely Outcast, reflecting the individuals mental state as they take photographs of the expensive champagne theyve bought to drown those feelings.

And anyone who claims something is in their DNA is an inveterate marketing-dick, unless theyre talking about the inherited genetic disorder Huntingtons chorea.

Older phrases have been removed from the dictionary, including Its just how I roll, now only used by the over-40s, and Theres an app for that, the users of which have finally all been killed.

Kramer continued: Twats, and the language they use, are always evolving, and if you dont keep up you could end up married to one.

PR executive Tom Booker said: Being a twat is my jam, its where I got heat, and anyone throwing shade on that should die in a fire. 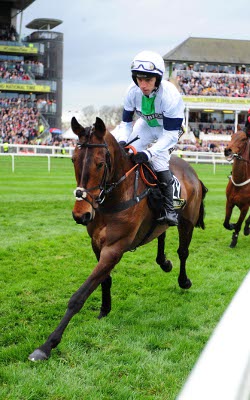 GRAND National winner Pineau De Re is the result of an evil doctor’s experiments injecting horse DNA into patients, it has emerged.

Suspicion about the horse’s exceptionally intelligent face prompted a police raid on Dr Newland’s surgery, where they discovered a nightmarish basement full of horse-human hybrids.

A police spokesman said: “There were men down there with hooves instead of hands, or who had normal bodies with massive horse heads. We burned the place to the ground.”

Dr Newland was obsessed with horse racing glory, but unable to afford a suitable animal he decided to make one by giving patients injections of horse DNA under the guise of ‘vitamin jabs’.

Colleague Dr Helen Archer said: His patients were capable of impressive bursts of speed, especially when the going was good-to-soft, but werent actually getting better.

“People complained that whatever their illness, Dr Newland recommended plenty of hay, regular shoeing and building their strength on the flat before moving on to steeplechases.”

Hayes’s girlfriend Mary Fisher said: “He went to that doctor for his back pain, but soon afterwards started snorting and eating handfuls of sugar cubes.

“As things got worse he would stand motionless in fields with a massive erection, eating grass.”