'I haven't got a clue which one your kid is', and other problems with parents' evenings

PARENTS’ evenings are a unique opportunity for teachers to bluff and parents to pretend they’re listening. Here’s why all parties involved should stop bothering:

It’s in the middle of the bloody day

No longer in the evenings, teachers are now available to see you between 3pm and 3.10pm, the precise window of time that requires you to take the afternoon off work and wonder why you wasted the time.

They say the same shit about every child

Not realising that parents compare notes, it soon becomes clear that Miss Henderson tells every single parent that their child is ‘doing fine’ with ‘no obvious problems’ while she struggles to remember one thing about your kid.

Even worse is when you sit down and the teacher says ‘Ah. You must be Jayden’s parents.’ They’ve been waiting for you, and it’s not to tell you that Jayden’s an exceptionally gifted child and delight to all. It’s because he’s an arsehole.

Samuel is a ‘lively contributor’, is he? You nod politely as the realisation dawns that your offspring sets chairs on fire and races around the room during Quiet Time making ape noises.

It is not about the parents

You thought that Parents’ Evening might involve being congratulated on your excellent parenting skills, or at least being invited to ask questions? Your seven minute-slot is Miss Henderson speed-talking about phonics learning while you sit on a miniature plastic chair.

Miss Henderson waits until you stand to leave to call you back with ‘just one small thing’. Then shares in concerned tones that Samuel has been telling stories about Mummy’s swearing and Daddy’s drinking habits. ‘Kids!’ you say while shaking your head light-heartedly and planning a bollocking. 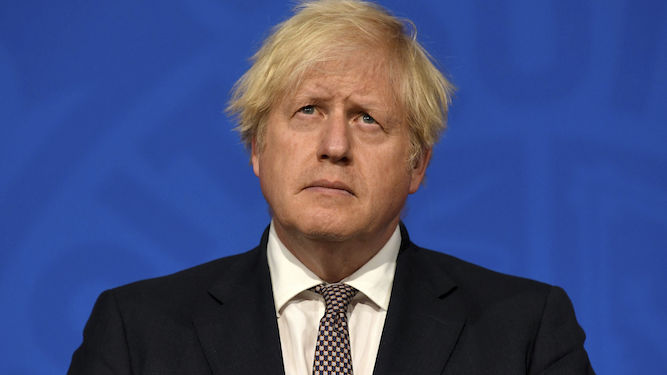 THE prime minister has decided to take a massive gamble with Britain’s health by ending all restrictions as cases are soaring. But why?

Like any tuxedo-wearing posh boy in a casino, Boris feels like Lady Luck is on his arm and he can’t lose. Because he’s never lost. Because he’s posh.

He had big plans for being prime minister and they’ve all been put on hold by this bloody pandemic. Time to get it done like Brexit. The cost doesn’t matter. Someone else will pay.

Did Churchill say we should hide in our houses until the Nazis are gone? No, and he’s the British hero who inspired an insurance dog. Are Nazis and a novel coronavirus different? Yes, but forget that.

The science sort of allows it

As Professor Chris Whitty muttered while staring at his shoes yesterday, if you squint at the science a certain way it sort of backs this up, a bit, as long as you’re prepared to accept the deaths. Which Boris is.

If Europe’s being cautious then it’s Britain’s duty to be suicidally reckless. That’s what we voted for in 2016. If this pays off we’ll have made them look right dicks.

The UK is a proud, independent nation that should do everything exactly like America does. And they’re not locking down therefore we shouldn’t. F**k Australia. Cowards.

A new British variant could conquer the world

What a boost for global Britain if the petri-dish of our nation creates a groundbreaking new Covid variant that makes Delta look like nothing. What a symbol for our buccaneering nation.

The nutters are rising

Specifically the nutters within the Tory party, who’ve had enough of fighting a virus that doesn’t even acknowledge Thatcherite free-market principles and doesn’t deserve respect.

If there’s one thing Boris knows, it’s that he’ll emerge unscathed from pretty much any massive f**k-up he cares to make and nobody will blame him. So why not?