Idiot joins in with wife's criticism of her best friend

AN absolute bloody idiot has joined in his wife’s tirade against her best friend.

Lulled by Emma Bradford’s increasingly vociferous attack on childhood friend Lucy Watson, Ian Bradford waded in with a couple of barbs that he immediately regretted profoundly.

He said: “I thought it was open season.

“As I pointed out all Lucy’s annoying flaws from the pretentious way she pronounces Spanish words to her snotty laugh, a stony silence descended and I realised I’d overstepped.

“I’ll return to making a kind of supportive bleating noise and offering absolutely no thoughts of my own.”

Emma Bradford said: “I may disapprove of literally everything Lucy says and does, but I’ll defend her to the death if anyone but me slags her off.

“Naturally I’ll be calling Lucy immediately to relay Ian’s disgraceful attack while leaving out any of the context.” 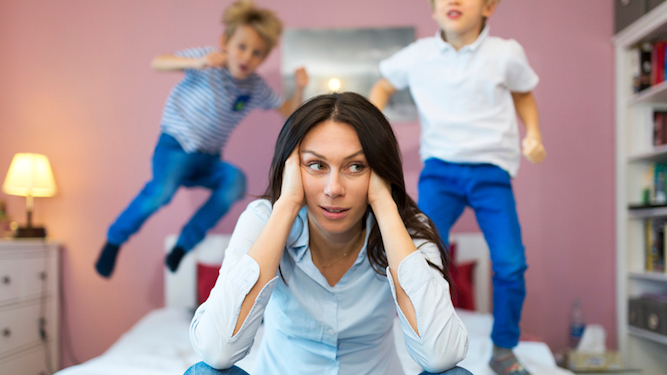 MOTHERS have confirmed they are sick of waiting for artificial intelligence to automate all the tedious, repetitive shit they have to do.

“Then I could just lie on the floor in silence and breathe in and out for a moment and try to remember who I am, but actually probably just realise that the ceiling needs re-doing along with every-bloody-thing else.”

Experts insist that while it may seem tedious on a moment by moment basis, crafting a human child and teaching it to be self-sufficient is ultimately satisfying.

Thomson added: “Whatever. Piss off.”