If you need me I'll be in the pub, Charles tells Queen

PRINCE Charles has instructed his mother that he intends to wait out his days as heir to the throne in the pub.

Friends of the prince say he has concluded that if he is ever crowned King, he will be led into Westminster Abbey in a bathchair grinning deliriously, swatting at imaginary fireflies and singing the Ying Tong Song by The Goons.

He decided that, until his mother says otherwise, his role will be as the fellow who props up the bar of the Hare and Hounds near Highgrove from noon till chucking out time.

In a letter to his mother, the Prince writes: “Once, I had a vision – of a Britain that had razed down the ghastly grey carbuncles of modern architecture and returned to the alternative values of the soil. Each family its own allotment and thatched house within easy bicycling distance of the village homeopath.

“Now, I have an altogether different vision – an increasingly blurred one of a beguiling row of optics behind the bar. They seem to shimmer before one’s very eyes, like The Three Degrees in some discotheque.

“You know, I tried beer in my Navy days. It reminded me of my father – didn’t agree with me at all and in fact made me shudder with repulsion. Now, however, I find it has this marvellous quality of making one wonder why one spent so much time giving a fig about Britain’s soul and so little time drinking beer.

“Because face it, mother, you’re going to live to 120, aren’t you. Just to spite me. Well, mother, think on this – I’m the one already pissed on Old Speckled Hen at two in the afternoon while you’re opening a municipal swimming baths in Bridgwater.

“So stick that in . . . oh my gosh – queer feeling of melancholy and remorse . . . your obedient servant, Charles.” 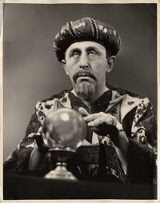 Playing Nick Drake youre struck by the fragility of the lyrics, the haunting beauty of the music and how little work you get DJing 16th birthday parties.

Virgo (23 AUG-22 SEP)
Still no word from the BBC on your nature series pitch, ‘Swimming with Shopping Trolleys’.

Libra (23 SEP-23 OCT)
Its a shame that the moment you decide to stand up and deal with something like a man it results in you being thrown off the womens athletics team.

Sagittarius (22 NOV-21 DEC)
Time is not on your side. And looking at your arse, other physics things that arent on your side include mass and gravity.

Scorpio (24 OCT-21 NOV)
Right now you feel like you could take on the world, which still doesnt excuse your attempted one-man invasion of Poland.

Capricorn (22 DEC-19 JAN)
The moon moves much closer to your sign this week, to the point it has to take a step backwards and ask the moon what the fuck its problem is.

Aquarius (20 JAN-19 FEB)
Youre really close to your ideal weight so whatever it is youre doing stick with it. Really? Glue-sniffing?

Pisces (20 FEB-20 MAR)
The A&E fly on the wall documentary youre producing is a little short on incident so you mix ketchup with KY and head to the toilet to make the ultimate sacrifice.

Aries (21 MAR-19 APR)
If I knew you were coming Id have baked a cake. Because youre diabetic.

Taurus (20 APRIL  20 MAY)
The recent warm weather has promised an Indian summer and that is certainly true in your case as this Friday you die of dysentery in an open sewer.

Gemini (21 MAY-20 JUN)
You never forgot that great teacher as a teenager and you hoped to become somebody equally inspirational. If only you could stay out of the stationery cupboard.