I'm great apart from all the humans, says England

ENGLAND believes itself to be a nice place apart from the presence of humans, it has emerged.

As the government contrived immigrant-deterring adverts based on the country’s bad points, the land mass said that it was a perfectly fine place before apes discovered tools.

England said: “It’s not ‘the weather’ that’s the matter here. It’s you fuckers.

“A bit of rain wouldn’t be so depressing if I was still all fields and streams.

“But you had to go and make Swindon, didn’t you? And ‘retail parks’ and massive pubs with indoor play areas.

“I mean, Stonehenge was alright but pretty much everything you’ve done since then is dreadful.

“And buildings aside, you’re all pretty annoying.”

The country added: “Whatever emotional bond you might think we have, I hold all you apes in equal contempt.

“And that applies regardless of whether you were born here or on some other random patch of soil.

“Then it’d just be rabbits, foxes and other species that don’t wander around listening to charty r’n’b on mobile phones at 3am in the morning.”

Government to apply its magic touch to football 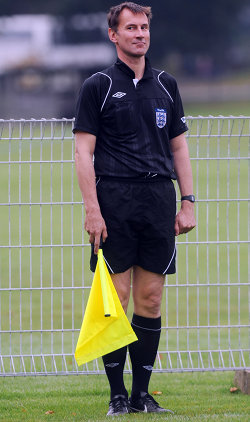 ENGLISH football could soon be as impressive as everything else that is run by the government, it has emerged.

Whitehall is poised to take over the game, ensuring that it will be run efficiently and that no-one involved will receive an enormous amount of money for being rubbish.

As a committee of MPs warned football that it was just months away from becoming the Department of Football, experts said only Nick Clegg and Baroness Warsi could now prevent the sport from continuing to be a collection of private businesses that no-one is forced to support.

Martin Bishop, football economist at Donnelly-McPartlin, said: “George Osborne will want to cut non-essentials like seats, nets and crossbars. And do we really need that big, white line across the middle of the pitch?

“And does the ball have to be available for the full 90 minutes, or could it be shared by two or three different matches at the same time?

“Meanwhile, they will also spend £130bn on a fleet of massive underground stadia in order to intimidate the Soviet Union.”

Tom Logan, from Stevenage said: “Like most people I don’t care about football, but I did care about Comet.

“Why didn’t the government take over Comet? Surely they wouldn’t have been utterly fucking shit at it?”

Bishop added: “No matter what happens, we do need to ensure that Jeremy Hunt is put in charge of Manchester United.”