IMMIGRANT workers have demanded government action after discovering Daily Mail journalists are receiving large salaries for the things they write.

The outcry comes after pictures of Mail columnists' luxury homes and fancy cars were published in the Shit Jobs Gazette.

Tomasz Vereski, who works 19-hour days as a gusset-scraper in an underwear recycling factory, said: "I can write English sentences, understand the concept of the lowest common denominator and can bang my head against a bannister until I damage my brain, but have I got a column in the Mail?

"I probably couldn't even get a regular gig at the Daily Express."

He added: "Where is my comfortable office and my large converted barn in the Cotswolds full of labradors and cheese and immigrant cleaners? I am filled with righteous indignation."

Somali mother-of-two Bala Ibrahim said: "I don't have time to do a proper job, so tossing off 300 words for the Mail about how I should be deported for getting massive benefit cheques, state-funded spa treatments and free Xbox games would be an excellent way to earn enough money to pay my gas bill.

"Alternately, I could channel my anger at witnessing my family members being macheted to death into a Liz Jones-type piece about the frustrations of living in a village full of people who don't know what Brioche is.

"Here, I will do 500 words now on the back of this cereal box and send it to Paul Dacre."

A spokesman for the Daily Mail said: "There is a great deal of myth about our journalists' pay.

"Contrary to popular belief, Richard Littlejohn receives no financial remuneration for his work here. He is paid in the souls of pre-school children, which he sucks out through their terrified nostrils, leaving their little bodies shrivelled like deflated balloons." 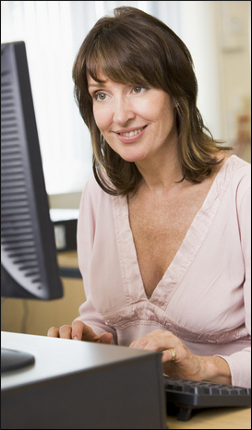 BRITAIN'S internet heritage could be lost forever unless experts are able to archive websites such as hotsurreybitches and oglemysnatch.co.uk.

The British Library wants a new law that will allow it to archive millions of websites without permission, especially the ones that are chock-full of bums, tits and fannies.

The library's assistant director, Dr Julian Cook, said: "There are eight million websites currently registered in the UK that we have still to archive, and 7.9 million are a vitally important historical record of how ordinary people in the early 21st century looked at vaginas and stuff."

Dr Cook warned that a key element of Britain's social history will be lost unless he and his colleagues are allowed to stay up all night archiving themselves into a frenzy.

He added: "We can't make a judgement about what people in the future will find useful, except that we do know they will want to ogle snatches – or indeed big, fat knobs if they are women or gay men. If it's gay women then we're back onto the snatches.

"But anyway, it's not just about preserving hot sluts and their hoo-has. We can also save thousands of valuable historic blogs such as hereswhatithinkaboutthenews.com and myfascinatingopinions.co.uk.

"There is a wonderful entry from 'hereswhatithink', posted on May 7th 1999, where the blogger expresses a short, angry, incoherent opinion and then links to a news story.

"But the really interesting thing is, if you look at the news story and then go back to the opinion it becomes immediately clear that he didn't read it all the way to the end and, what's more, he didn't even understand the bit that he did actually read.

"What sort of society would allow that to be erased for ever?"

He added: "No, no, not 'an intelligent one with far better things to do' actually.