ANYONE who does not have a fanatical love of babies is committing a crime, it has been confirmed.

The public has been told to report anyone who is not totally enraptured by babies and their activities, such as eating food and looking at things.

A Mumsnet spokesman said: “Babies are delightful, so by extension anyone not thrilled by them is evil.

“Everyone should look out for the tell-tale signs of baby indifference. It might be a colleague having a glazed expression when you’re telling them about various types of pushchair, or a shop assistant not initiating banter about sleepless nights.

“These fiends will hunted down and tried in front of a Mumsnet jury.”

Mum Donna Sheridan said: “Having a baby is the most amazing thing you can do that doesn’t require any particular skill or talent.

“So when my friend Sarah started checking her texts while my baby son was experimenting with a fascinating new way of moving his leg, I didn’t hesitate to report her.

“I hope she rots in a Mumsnet prison ship.” 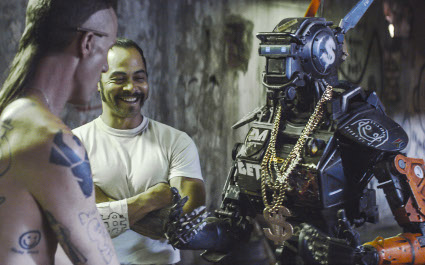 The multi-million dollar disappointments were financed and doctored by Disney to dramatically lower viewers’ expectations of anything with spaceships or robots in ahead of December’s Star Wars: Episode VII.

Producer Tom Logan said: “The intelligent, visually impressive sci-fi movies of the last decade, like Inception and Looper, have raised the bar so high that Star Wars films look like a five-year-old repeatedly bashing his action figures together.

“So we stepped in and redesigned the robot in Interstellar to be a mess of hinged dominos, recut Jupiter Ascending to resemble the fevered dream of a dog in Disneyworld, and swapped the script for Chappie for an unused draft of Short Circuit 3: Johnny 5 Rave Party.

“We haven’t done anything with the new Terminator film. We’re confident they can fuck that up on their own.”

Film reviewer Joseph Turner said: “It’s classic marketing, and very similar to the original Star Wars campaign where they financed pretentious, artsy sci-fi movies like Zardoz and The Man Who Fell To Earth.

“If they hadn’t been around to make audiences crave simple, shooty-gun space opera, there’s a real danger they would have recognised Star Wars for the lengthy pseudo-mystical toy advert that it really is.”