Intelligent woman with perfect eyesight just gets some f**king glasses

AN intelligent woman with 20/20 vision has bought glasses she does not need in order to get the respect she deserves.

Emma Bradbury has a degree in economics and a masters in history, but due to lack of plastic circles around her eyes was often mistaken for the cleaner.

Colleague Martin Bishop said: “At first, I couldn’t figure out why I was finding it so hard to take her seriously. Then I realised the problem was I could see her whole face.”

At a team meeting to address the issue of her male colleagues treating her like she was a moron, Bradbury realised that none of them had ever encountered an intelligent woman who did not wear glasses.

She said: “I calmly explained that I’m extremely qualified and shouldn’t have to alter my appearance just to validate my male colleagues’ idea of what an intelligent woman looks like, but they just stared blankly and then carried on talking among themselves.

“So I got some glasses. There’s no lenses, it’s just empty frames, but at least I’m no longer being spoken to like someone who, if left unsupervised, might drown in their cornflakes.”

Man welcomes feedback as long as it's excellent 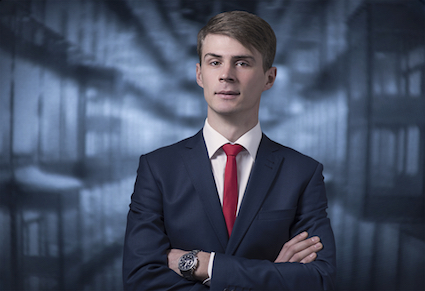 A MAN has confirmed that he welcomes feedback as long as it is always brilliant.

Tom Logan, who works in marketing, said that constructive criticism was not only ‘cruel’ but made no sense, adding: “If it’s criticism, how can it be constructive?”

Laura Bryant, a colleague of Logan’s, said: “Tom’s always seemed open to collaborating, so I was really surprised when I made some suggestions as to how he could improve a bit of writing, and he called me a ‘stuck-up bitch’ stormed out of the office.

“All I did was point out a missing comma.”

Logan then reported Bryant to HR for ‘being mean’ to him, then took the rest of the afternoon off because he ‘needed some time to himself’.

He explained: “I thought I’d made it clear in my interview that I need someone to tell me I’m a hero every five minutes or I will take my talent elsewhere.”

Logan was later called to an HR meeting to discuss his attitude, but after realising the feedback was not excellent, threatened to ruin the lives of everyone in the room.