Internet misogynists given chance to meet a woman

A GROUP of online trolls have been introduced to an actual woman for the first time.

Wo-Meet is a new initiative where sexually-vindictive internet obsessives can experience meeting a woman who is not in a browser window.

A spokesman said: “Wo-Meet is a place where the socially-petrified men who use the net as a repository for their unpleasantness can spend 20 closely-monitored minutes talking to a woman who won’t make fun of them.”

Waynes Hayes, 29, said: “At first I was scared because she was fully clothed and much bigger than monitor-size. But she was very nice.

“We had lots of similarities. I asked her what food women eat and she said it was the same as men.”

He added: “At the end, I said she could come to my mum’s house and we could have fish fingers and watch my favourite programme, which is Primeval.

“She said thanks, but probably not.” 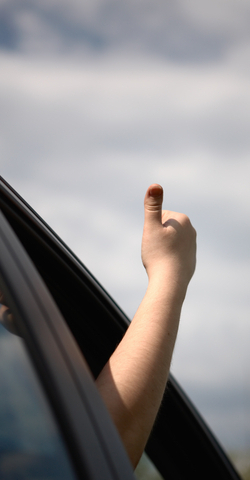 JAGUARS are not the only cars with fully opening windows, doctors have been told.

As the British Medical Association called for a ban on smoking in cars, experts said the windows on cars like the 1998 Ford Focus or some grubby little Astra went right the way down into the door.

Dr Bill McKay, a GP from Peterborough, said: “Are you absolutely sure? Well, I’m afraid that if poor people’s cars can do the same things as our cars then we are going to need more money.

“I’d like a car where the windows dissolve into thin air whenever you don’t want them and then magically reconstitute themselves as soon as you say the word ‘windows’. Can Jaguar do that?”

He added: “In the meantime we do need to ban poor people from opening their car windows so that they understand how important it is not to smoke in cars.”

Helen Archer, a mother of three from Stevenage, backed the BMA, adding: “If I smoked then my kids would be in the most terrible danger for the three minutes it takes us to drive to school or McDonalds.

“And it’s bad enough watching a fat kid heave himself out the back of an Audi without him then coughing his lungs over everybody’s bacon double-cheeseburgers.”

Smoker, Tom Logan, said: “I don’t have kids and in the interests of my health I don’t allow kids in my car.

“And if an adult is sitting in the passenger seat when I light up they can either open the window – because my car is one of the ones that does that – or they can get the fucking bus.