THE best way to protect yourself from online fraud is by not being extremely gullible, according to experts.

After hackers stolen millions from Britons who would believe anything, ministers warned internet users to be on the look out for anything that is obviously incredibly dodgy.

A government spokesman said: “If someone you’ve never heard of sends you an email saying you’ve had some kind of refund, and all the punctuation is weird and there’s an attachment called ‘massivevirus.exe’, maybe just delete it.

“It’s like when people with weird names like ‘hotsexychica494’ pop up on Skype and offer to have sex with you. They are not real girls.

41-year-old Tom Logan said: “I clicked on an email attachment and now all my money is gone, but that’s probably just so they can invest it in diamond mines and return it to me days later with huge interest.

“It’s better to lose all your worldly possessions than to be too cynical.”

Deeply weird teenager refusing to smoke weed until it is legal 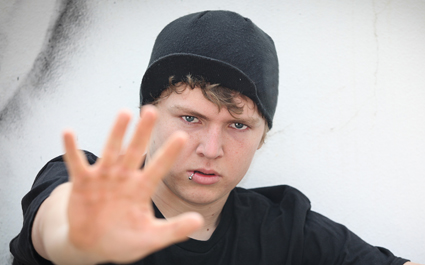 A 16-YEAR-OLD has decided not to try smoking cannabis until he gets the legal go-ahead.

Student Stephen Malley wants to smoke joints like many of his friends, but is refusing to do so until the drug is legalised.

He said: “I am curious to try a joint, but when a friend hands me a fattie I just pass it on because it is wrong to break the law, even when the law seems to make little sense.

“It’s good though that the government has re-opened the legalisation debate. Hopefully I will be able to buy weed from proper shops by the time I’m 56.

“However long it takes, that’s how long I’m prepared to wait.”

Malley’s schoolfriend Wayne Hayes said: “I thought everyone who was up for weed already smoked it, and everyone who doesn’t never will.

“I think legalisation will only affect Stephen.”