BRITAIN’S weird, internet bigots are flocking to the government’s
E-Petitions site in a bid to make parliament talk about all the things
they hate.

In a thrilling evolution of democracy, the site imploded yesterday under the electronic weight of signatures to a petition about things that are not British.

Professor Henry Brubaker, of the Institute for Studies, said: “In theory it’s wonderful and noble and civilised. In practice it’s handing power to confused, angry baboons, many of whom are evil.

“The internet actively encourages people to ‘have their say’, as if this is an innately positive thing.

“But should we give all views equal credibility, even if you are just sitting in a darkened room, naked except for a jumper you found in your garden, randomly bashing a keyboard with your flaccid genitalia?”

He added: “Depending on how you look at it, the internet is either our greatest hope for a more egalitarian world or a billboard for people who dream about murder.

“With a load of stolen music thrown in.”

The most popular E-Petitions so far include ‘Bring Back Beheading’, ‘Bring Back World War II’ and ‘Ban Weird Things’.

Tom Logan, an English teacher from Stevenage, said: “All it does is give people another outlet for their irrational hatred and abuse. We may as well allow people to defecate in each other’s front gardens. 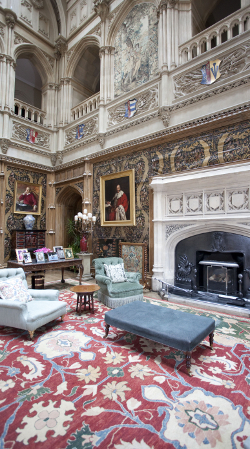 TRADE Unions are to press ahead with pension strikes because the strikes are not about pensions and never have been, it was confirmed last night.

Despite key concessions which would allow millions of public sector workers to continue doing nothing when they retire, the TUC said the strikes must go ahead because the government is full of people who live in Downton Abbey.

Brendan Barber, Lord of the Unions, said: “These people are different from me. They talk like BBC4 and went to a school with a rowing team.

“Some of them own a horse. They are not of my tribe.”

Barber said the pensions issue went back to May 2010 when the party he had been bribing lost a general election to the party being bribed by the Lord of the Banks.

He added: “At that point strikes were inevitable and the government’s latest offer completely fails to acknowledge the extent to which I constantly imagine them guffawing at racist jokes about women.

“Plus, I’m all geared up for a strike. I’ve written a speech full of brilliant jokes about Ian Duncan Smith that I want to deliver though a scratchy megaphone from the back of a flat bed truck.

“All the girls will think I’m really cool.”

Nathan Muir, an industrial relations analyst, said: “When the right is in power, the left goes on strike. When the left is in power the right keeps turning up for work.

“It’s almost as if some of them are still just a bunch of fucking students.”