MILLIONS of iPhone users were totally told off by their boss after their favourite toy in the whole world forgot to get them up for work.

A software bug affected the rectangular nipple’s ability to effectively parent its charges, leaving them vulnerable to self-reliance for the first time since 2007.

Many were found by family and friends rocking in a foetal position and asking when phone was going to wake-up.

Martin Bishop, a 37 year-old Manchester United fan and Transformers enthusiast, said: “It’s just like the time I got evicted because it didn’t tell me to pay my mortgage. I’d call social services if I could get a signal.”

As Apple engineers focused on fixing the latest glitch in the Â£600 calculator, the company pledged to keep its stores open round the clock, offering advice on whether to eat vegetables and how to sit up properly like a big boy.

Specially trained counsellors will also be on hand to assure customers their phones still love them and do not want to touch them in the bad place.

Bishop added: “I got to work at ten-thirty and my boss was all like ‘what time do you call this?’ and I was like holding my phone up saying ‘ask him‘ and my boss was like ‘well, all this cardio-thoracic surgery still needs doing’.”

Meanwhile Apple has apologised for the phoney-woney boo-boo and insisted it would not affect its new OSX-powered toilet roll holder that knows when you’ve finished doing potty.

Giant fox fighting a badger would have been brilliant, say experts 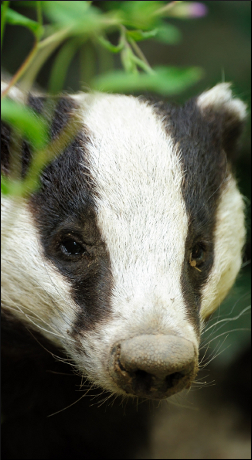 THE UK’s biggest fox could probably have beaten a very large badger in an amazing fight, experts have claimed.

The massive fox, measuring over four feet from nose to tail, was destroyed by cruel vets after all it did was kill someone’s cat.

Now zoologists are calling for a no-holds-barred, fox-badger dogfight to be recreated using the sort of state-of-the-art CGI that would otherwise be wasted on The Hobbit.

Dr Wayne Hayes, from the Institute for Studies, said: “It’s got a great big broad back on it, like a labrador. But it’s a fox.

“The badger may be stout and resilient with powerful forepaws, but this thing would be all over it, biting and punching it. Yes, you heard right, those hefty paws would make a very serviceable fist.”

Dr Hayes predicted that a battle between the massive fox and a large male badger would last no longer than four minutes.

“They’d roll around on the floor, smashing into things and making loads of noise. But when the dust settled the fox would be holding the badger above its head.

“It would snarl ‘I am the mightiest, consider yourself defeated’ before hurling the badger through a nearby plate glass window. Still on its hind legs, the fox would then step through the broken window, seemingly oblivious to the jagged shards all over the floor, and start kicking the badger in the ribs really hard.

“The badger would croak, ‘enough… please‘ but the fox would show no mercy, doing a special move where it jumps and turns into a sort of circular saw blade like Sonic the Hedgehog, landing on the badger and cutting it in two.

“I’m less sure about that last bit.”

He added: “I’m not suggesting that we should engineer a fight to the death between a massive fox and a badger.

“But if we did, it should be in a clean, spacious arena with disabled toilets and proper corporate sponsorship. Then it wouldn’t be like the sort of animal cruelty practised at four in the morning by people called Len who have no front teeth and drive around in knackered Transit vans getting things out of skips.”

Nikki Hollis, professor of zoology at Reading University, said: “We should be focused on living harmoniously with other species, rather than placing them in imaginary battle situations.

“However if we were to do that, just for the sake of argument, I think a big badger would take a lot of beating, they’re just so stocky and tenacious.

“But a sackful of weasels would have them both, if the weasels wore little helmets and worked co-operatively.”