Irrefutable confirmation that it's shit being English received

ENGLAND has received irrefutable and final confirmation that everything they do as a team and nation only proves how shit they are.

After last night’s Euro 2021 final loss, the English have awoken in the knowledge that no matter how hard they try, how good they are or how much they believe, it is over and they lost.

Will McKay of Swindon said: “Well at least that settles it. It’s almost a relief. Now I know there’s no point trying.

“I couldn’t have been prouder yesterday which demonstrates once and for all what a waste of time it is being proud, hoping, or having self-belief.

“‘We got to the final’. Yeah, you’re right, that does make the pain sharper and more intense. ‘We took it all the way to penalties’ which we lost, as always, as we’re doomed to.

“In our jobs, our marriages, our family life, we now know not to bother because it won’t get any better. Thanks, Italy. I bet you all had great sex last night.” 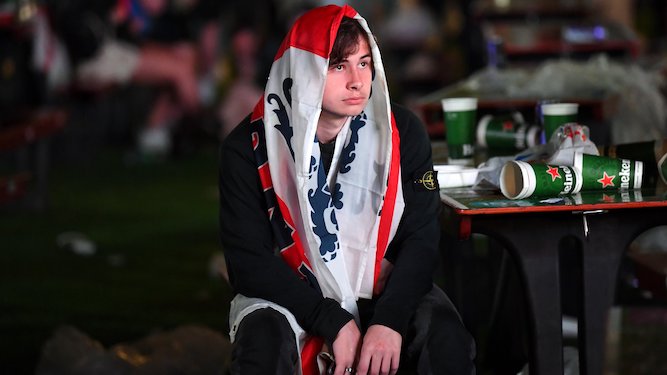 When waking up, hitting snooze and remembering last night

When in the shower, those three penalties cycling through your head, none of them ever going in the goal

Immediately after opening whatever you’re meant to be doing for work, followed by 40 minutes slumped, dazed inactivity

When making yourself lunch and spotting an unopened can of beer and telling yourself it does matter, you can’t drink at noon, you might lose your job

Immediately after opening said can of beer

On the toilet again, but crying

Over dinner, even though the kids are there, and nobody says anything because they feel the same way

While staring blankly at Love Island not knowing who anyone is, what they’re saying or why you should care

On the toilet one last time, for 25 minutes, imagining if we’d won

In bed after turning out the light, and before tears come