Is everything too London-centric or do you just live in Wigan?

SICK of the government and media being so London-centric? You might have a valid point, or it’s possible you simply live in Wigan. Find out:

What’s your issue with London?

How do you feel when bands announce European tours?

When you hear the phrase ‘Northern Powerhouse’, what do you think?

A) Empty sloganeering and I’ll believe it when I see it
B) Seems a bit broad to me, we should focus on towns, particularly ones north-west of Manchester that aren’t Bolton or Chorley

Who is the greatest artist the UK has ever produced?

A) Visual artist? Turner. Writer? You can’t look further than Shakespeare. Musicians? It’s a cliche, but The Beatles
B) George Formby

How do you feel about London?

A) I respect that it’s our country’s capital, but I’m sick of hearing about it. Our regions deserve the opportunity to level up
B) Well it’s hardly Wigan, is it? It hasn’t even got a pier.

Mostly As: Alright, you have a point about infrastructure, jobs, culture, all that, but if it really bothers you that much maybe do what the rest of us did and move to London.

Mostly Bs: It’s time to face up to the facts. You live in Wigan.

Everyone back in the shops because we have learned absolutely nothing 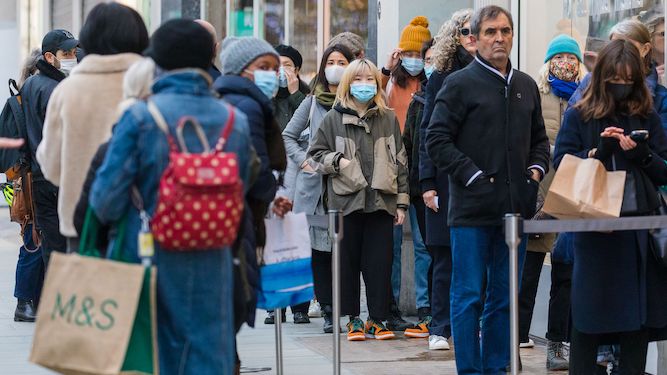 TODAY is being dubbed Wild Wednesday because everyone in England is once again thronging the shops proving that we have learned nothing.

The country, as if determined to demonstrate that it will not adjust its behaviour on pain of death, has celebrated the end of lockdown by being back in the shops, back in the hairdressers and wherever possible back in the pub.

“I’ve already kicked off with a security guard who says I have to wear a mask when I’m in the shopping centre, explaining to the dickhead that it’s just in the shops not in the food court.

“People say we shouldn’t cause a third wave of infection, but I’ve told them I didn’t even cause a second wave. I just did all my normal stuff.”

22-year-old Jordan Gardner agreed: “If I’ve learned anything from this year, it’s go out as much as possible whenever you can. I’m meeting 20 different mates today, in three different locations, then going hugging my nan in her care home.

“You don’t need to learn anything when there’s a vaccine. And there’s, like, three of them.”