Is it banter or are you a violent racist misogynist who should not be within a million miles of the f**king police?

METROPOLITAN police officers have once again struggled to tell the difference between banter and hideous hate speech. Here’s how to tell:

You’ve unleashed the bantz, but is anyone laughing? BNP Dave, Trousers and that bloke the lads call Rapey McRapeface don’t count. If you’re afraid that people who aren’t sick f**ks and total bellends won’t laugh, rethink your attempt at humour.

Are you attacking vulnerable people you should be protecting?

As police, you’re in contact with some of the most vulnerable people in society, a high proportion of whom will be women. If you’re bandying around jokes about domestic violence and sexual assault, it’s time to ask yourself if you’re a dangerous wanker rather than a funny guy.

Even if you detest politically correct wokeness you should, as a human, have some idea of whether your repartee is grossly offensive and inappropriate for work. If you text female colleagues telling them you’d like to commit a serious sexual assault against them without fear of being arrested and fired, you are the wrong person in the wrong workplace.

Have you ever been reported for having a laugh?

Some people just can’t take a joke, can they? Especially when you harass and bully them into silence to stop them reporting your behaviour. If your comedy stylings disturb people to the point of speaking to your superiors, your jokes may not be funny or even jokes. They might just be threats.

Before you make another joke about killing black children, pause and ask yourself if your comment really is the height of wit or if you sound like a hair-trigger psychopath carrying out a racist vendetta. If it’s the latter, which it f**king is, shut the f**k up and look for a new job not working with any people at all.

Fight or flight: what to do when encountering a Northerner 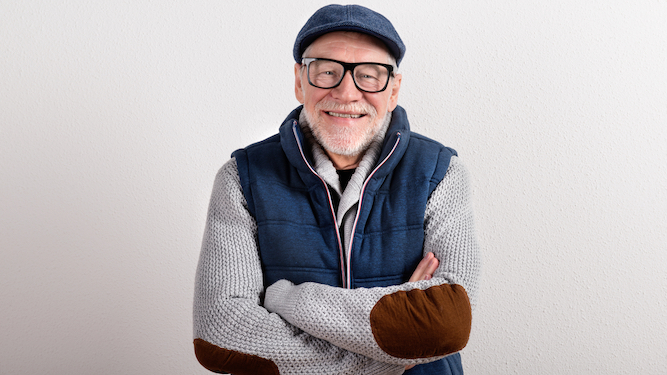 SUDDENLY finding yourself in proximity to a northerner can be an agitating experience. But run or engage in combat? Denys Finch Hatton explains:

When the body senses a Northern presence – whether through accent, odour, or the eating of chips – it triggers a sense of hyperarousal. An instinctive reaction is to flee but the Northerner may give chase. However their heavy boots, good only for mining or tilling fields, cannot compete with the hand-stitched Italian leather footwear facilitating your rapid escape.

Launching an attack on a Northerner is imprudent. They are rugged and proficient at wrestling their meals to a quick death. The ensuing onslaught will most likely result in you being incapable of golfing for months.

Like snakes, Northerners have limited vision otherwise they would die of terror on viewing Bolton. Stand still like an amusing human monument and you will be rendered invisible. But any sudden movements before the northerner has departed and you’ll be torn apart like fresh-baked focaccia.

Be prudent as to what. Only provide pie, offal or, to drink, gravy. Anything like a croissant or falafel balls will confuse and anger the Northerner. Pancetta-wrapped sea bass will spark their own fight-or-flight reaction and you risk being killed.

It is possible to engage a Northerner in conversation as the explorer Richard Francis Burton proved in 1849. But it remains dangerous. Their flat vowels will cause you to shudder or you may be conversing with a rural variant lacking the vocal dexterity for consonants. The wiser man simply nods.

Denys Finch Hatton is the author of What To Do When You Hear Welsh, The Cornish: Pixie or Human? and A Wild Scotsman On The Dissecting Table.