ISIS handbook to be turned into Cosmo column

TIPS on how to be a female jihadi will soon appear in the pages of Cosmopolitan, the magazine has confirmed.

The column, inspired by the ISIS handbook for women, covers everything from fashion and nights out to why female orgasms are disrespectful to your husband.

It will be written by bearded cleric Abu Muhammad al-Adnani, who understands women better than any Westerner because he has read the Koran.

“Our new columnist really knows what’s going on behind the veil of the radical Islamist woman-in -the-street as long as she is accompanied by her husband, brother or cousin.

“The first one covers the problem of being a 17-year-old spinster, suggesting readers could snag themselves a guy by waiting patiently for a male relative to find a man in his 60s he owes a debt of honour to.

“In further issues the latest trends in hair, make up and fashion will be rated for their levels of satanic whorishness, and women will be encouraged to write in to identify which of them have defied Allah’s holy design by learning how to write.” 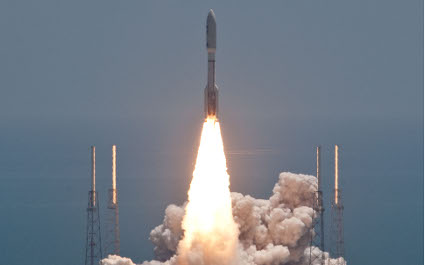 A NASA space probe has been launched to find Earth-like planets who can lend us money.

As global debt approaches $200 trillion, the probe is aimed at making contact with alien civilisations and sending back information on their interest rates and whether they accept children as collateral.

“Perhaps we can provide an example of how not to build a financial system so rapacious that the entire planet is facing bankruptcy. Or maybe we could sell them iPhones.”

Previous missions to touch other planets for a loan included the Beagle 2 expedition to Mars, which was equipped with irresistible, big begging eyes.