THE editor of the Daily Bugle has given evidence to the Leveson Inquiry about his newspaper’s negative coverage of Spider-Man.

J. Jonah Jameson, famous for his vocal opposition to the web-slinging vigilante, has been accused of deliberately distorting events to demonise Spider-Man and boost his newspapers circulation figures.

Cross-examined at the inquiry, Jameson at first defended the estimated 9,000 Bugle editorials he has written calling for Spider-Mans arrest on charges ranging from theft to public endangerment to murder.

But the editor, nervously puffing on his trademark cigar, admitted that inaccurate headlines casting the web-slinging hero as the villain in battles against the Green Goblin and Doctor Octopus were only corrected in one-and-a-half inch apologies on page two.

Jameson said: Stories about Spider-Man have, on occasion, proved to contain factual errors because of clones, evil counterparts from other dimensions, robots, shape-shifting Skrulls and the illusions of the villain Mysterio.

However, I remain convinced that this webbed menace is a threat to ordinary people despite the PR campaign promoting him as a friendly neighbour who washes his underwear in kitchen utensils.

Photojournalist Peter Parker was invited to the inquiry to explain his relationship with the vigilante he has photographed on an almost daily basis for decades, but declined in order to protect his sources.

The next witness called to the inquiry will be Daily Planet reporter Lois Lane, who had filed a string of overwhelmingly positive stories about the clearly insane hero Superman. 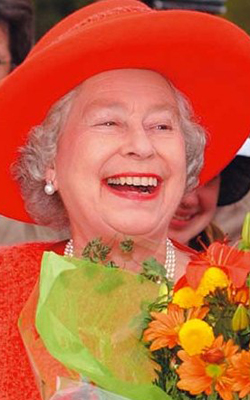 THE Queen is to shake hands with Sinn Fein’s Martin McGuinness at the place in Belfast where Rihanna’s We Found Love video was filmed.

The historic meeting had been shrouded in secrecy, although it was scheduled to occur at a site of artistic and cultural significance that would not yield any awkward associations.

In the classic video the Bajan icon is seen in the throes of a turbulent relationship with a bleach-blonde male model around the streets of Belfast. McGuinness and the Queen will meet at the chip shop where Rihanna danced on a table while pretending to be drunk.

The deputy first minister has agreed to be introduced to the monarch as the proprietor of the chippy rather than having to go over the whole IRA thing under the Queen’s disapproving stare.

First minister Peter Robinson explained: We were totally stumped until one of the interns suggested theming it all around the Rihanna video.

“Depending on how the day unfolds, they may re-create other scenes from the promo, which could include McGuinness giving the Queen a backie on his BMX while she holds a flare and some impromptu buttock-tattooing.”

Strict reporting restrictions mean that journalists will not be present for the event, but Rihanna collaborator Calvin Harris will attend and later translate it in the form of a pounding dance track.

When asked if she was enjoying her visit, the Queen told journalists it was wonderful to spend time in Northern Ireland but she would have preferred to go to Portland Parish in Jamaica, where Rihanna shot the video for Man Down.