Joggers have own class system 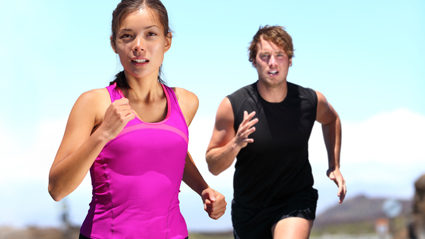 AMATEUR runners have their own rigid class system, it has emerged.

Joggers admitted operating a strict hierarchical system based on factors including fitness, attractiveness and footwear, with interaction between the groups implicitly forbidden.

Receptionist Nikki Hollis said: “As a ‘competent’, I think lower-class ‘wheezer’ joggers should have separate jogging areas – maybe in disused factories – so they don’t obstruct the pavement with their plodding, slovenly gaits.

“I don’t like these super-fit ‘challenger’ joggers with their poncey 100km races either. We should have a jogging revolution and make the stuck-up bastards wear really cheap trainers.”

Office worker Tom Logan said: “I can do four miles at a reasonable pace without flailing my arms around like a jellyfish, which makes me the jogging equivalent of lower middle-class.

“However it also means I’m superior to lower-class joggers, such as middle-aged housewives going really slowly in their pink tracksuits and people who have to keep stopping and walking for a bit.

“It makes me sad that that I can never be exercise buddies with the athletic blonde woman who keeps overtaking me on my run, but no one ever said jogging was fair.” 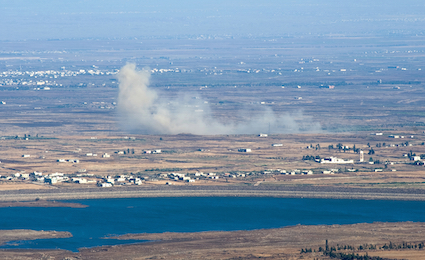 SYRIANS are having a typical Monday, it has been confirmed.

For the 244th Monday in a row, the middle eastern country was awoken by the sound of explosions, before being oppressed by a range of maniacs.

Adnan, from Raqqa, said: “We live in a bit that’s controlled by Islamic State. So it will be a few bombs, a power cut and someone being thrown off a building because he looks a bit gay.

“The rest of the week is broadly similar.”

He added: “It’s okay, you get used to it. Then again, if someone, somewhere feels like sorting it the fuck out, that would be excellent.”

Yana, from Aleppo, said: “So I watched Groundhog Day. Funny. And I could relate to it even though it’s Bill Murray trying to woo Andie Macdowell in a small town in Pennsylvania, rather than raising three kids in a hellhole.

“I’d like to mix things up a bit, but that would involve travelling a thousand miles and then having to prove that me and my children are not psychopaths.