Kicking a football back, and five other challenges to your masculinity

BEING a bloke comes with a hideous array of unreasonable expectations. Consider yourself a failure as a man if you fall foul of any of the following:

Kicking a football back to kids in the park

You’ve always been shit at football, but it doesn’t matter now you’re a middle-aged office worker. Until your attempt to kick a ball back 10 yards goes horribly awry and you feebly hook it in the wrong direction. And a new generation of spotty youths laugh at you.

Being a shit swimmer

Masculine men do a powerful front crawl like David Hasselhoff in Baywatch. You pathetically doggy-paddle your way through the shallow end before clinging to the side for dear life.

Being scared of spiders

The eight-legged nemesis you can never admit to. Because while it’s OK for women to scream and stand on a chair, it’s your job as a man to shut your eyes and flail at it with a shoe, before realising you can’t see it anymore, then spend the rest of the night terrified it’s somehow in your hair or crawled up your trouser leg.

Not being able to drive

It never occurred to you how inadequate you’d feel in adult life by never having got the hang of driving a car and catching buses everywhere. Rue the day you gave up on your teenage driving lessons before asking a real man for a lift into town.

Never having got a tattoo

Only hard bastards and Popeye used to have tattoos. Now they’re practically the law for alpha males like professional footballers and rock stars. It’s far too late in life now, and anyway you’re petrified of needles, so just resign yourself to feeling woefully, if illogically, inferior.

Not your fault, but other people make you feel like it is. Not to mention ‘witty’ jibes like ‘Hope this conversation isn’t going over your head, John’. Sadly there’s no way to win here – even if you get a high-powered, well-paid job and skilfully deal with onerous responsibilities, the morons you’re in charge of will still mutter about ‘short man syndrome’. 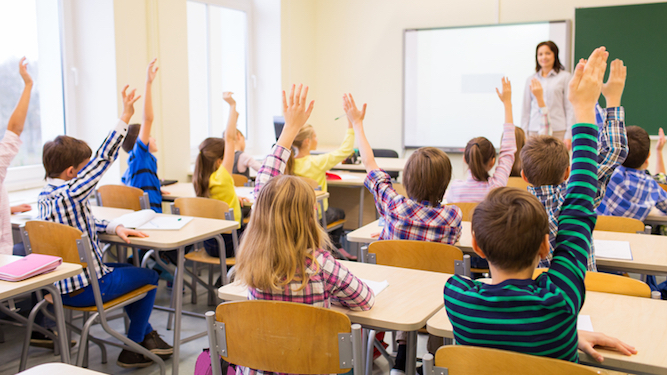 HAVE you inadvertently brought your child up to be a total nightmare? Here’s how to absolve yourself from blame by saying it’s all the fault of their teacher.

Teachers have been lolling around at home doing f**k all for the best part of the year, which is why little Dexter still can’t do sums. It’s got nothing to do with you interrupting the online lessons every five minutes to say: ‘What’s the point? We’ve got calculators these days.’

People with horrible kids conveniently forget that they spent the first four years of their lives at home. Accept no blame and fondly imagine your child’s early years were like something out of The Famous Five while you’re slagging off their teacher at the school gates.

Conveniently forget about all that key worker stuff

At the beginning of the pandemic you said your kid’s teacher was a hero. Completely forget about these respectful sentiments and go back to regarding teachers as free childcare. You probably only did ‘clap for carers’ to feel good about yourself too.

Moan about a lack of discipline

Can’t be arsed to teach your child that hitting people with wooden blocks is wrong? Don’t worry, their teacher will do it for you. And if they don’t, get angry that they are incapable of discipline and turn up at the school to threaten the headteacher. Not mental at all.

There’s a certain type of weirdo who thinks teachers are woke Marxists brainwashing their children instead of teaching them how to spell. When your child has a meltdown in Tesco it must be because their nice young teacher Miss Fielding indoctrinated them with violent anti-capitalist tendencies.