A 10-YEAR-OLD boy has set off with his sledge for a magical day that will end in A & E with a broken ankle.

After hearing that school was cancelled, Tom Booker excitedly left the house carrying his traditional wooden sledge, totally ignoring his mother’s warnings about not doing anything stupid.

He said: “This is going to be the best day ever!”

However by lunchtime Booker will be the subject of a complex network of inter-parent phone calls after he stoves it into a telegraph pole and fractures his ankle in two places.

Booker will later say: “Looking back, I probably should not have allowed the big kids to egg me on to tackling the so-called ‘Death Run’ down an especially steep hill, between various prickly bushes and with no clear landing zone apart from either a wall or a massive pole.

“Just because they’re an impressive 12 years old, it doesn’t mean they know everything.” 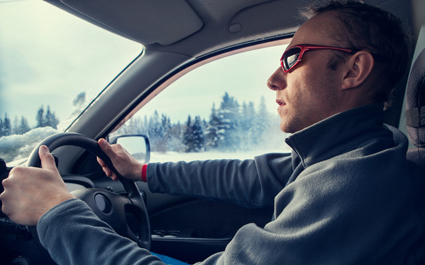 MEN all know exactly how to drive on ice but strongly disagree about how it’s done, it has emerged.

As widespread snow is followed by treacherous icy driving conditions, millions of men aged between 34 and 71 confirmed that they know precisely how to handle the situation.

Accountant Roy Hobbs said: “People make a big fuss about driving on what is basically a sheet of glass, but it’s actually a doddle.

“You’ve got to stay in second gear and lightly touch the wheel with your fingertips as if it were a very hot jacket potato. Also you have to wear special ‘hi-grip Plastex’ driving shoes, and listen to Albatross by Fleetwood Mac because it keeps you calm but focused.”

He added: “Carry some gerbils in your pocket because they emit heat and also if you get stranded you can eat them as a protein snack. Common sense, really.”

“You drive much faster than usual because the ice has a refracted glacialisation differential, so when the speedo says 80 you’re actually only doing 30 because of the wheels spinning faster, or something.

“Also I drive a white van with my employer’s name stencilled on it, which is the motoring equivalent of an invincibility spell.”