BRITAIN'S lapdancers are to wear William Hague masks in a bid to restrict their sexual potency.

Club owners, keen to prevent new regulations, believe the intoxicating effect of gyrating buttocks can be cancelled out by the bouncing face of the shadow foreign secretary.

They unveiled research by the Institute for Studies, which showed Mr Hague can reduce inadvertent touching and visible engorgement by up to 85%.

Peter Stringfellow, Britain's leading buttock-wrangler, told a committee of MPs: "How's about this? The girls do their thing, the blokes have all manner of whatnots thrust at them, but nowt will happen 'cause it's William Hague and his pudgy little chops."

MPs believe men only go to lapdancing clubs because they like it when naked women dance within six inches of their nose, meanwhile the government wants to impose a £30,000 licence on the clubs, mainly because it can.

In recent years hundreds of lapdancing clubs have been forced to set up in city centres in close proximity to pubs filled with drunk men with too much money.

Labour MPs say that unless strict new laws are introduced clubs could soon be opened in the middle of fields and on top of mountains, as well as school gymnasiums and the vestries of some of the Britain's finest cathedrals.

But Tory committee member Tom Logan backed the Stringfellow plan, adding: "This seems a sensible compromise and I say this as a man who not only enjoys lapdances but finds William Hague devastatingly attractive." 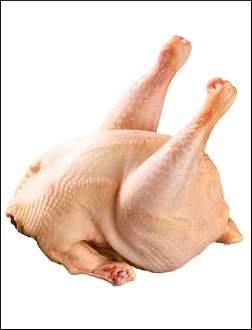 TV chef Gordon Ramsay is urging consumers to buy freaky sex drugs that are in season.

Ramsay said too many British households are making do with cheap, frozen sex potions that have been shipped half way across the world and have lost all their flavour.

The chef, known as a perfectionist when it comes to illicit, drug-fuelled hump sessions, added: "It's a bit silly to buy pre-packaged Yohimbe that's been flown-in from Kenya, all for the sake of a fast, easy erection when you get home from work.

"Talk to your local chemist about what's good right now. They'll have plenty of fresh, top quality sex juice and can even advise you on how to use it.

"At this time of year I like a ripe chunk of Vitamin B5. It goes really well with handcuffs, a chair and half a pound of good English butter.

"The important things is to enjoy your chemically enhanced erections. Have them at the dinner table and make them last as long as possible."

Ramsay has produced a new book and DVD including a month by month guide and dozens of new recipes including Poppers and Chicken, Summer Cock Salad and lamb seasoned with rosemary until it hurts.