National Debt To Reach Christ On A Bike

BRITAIN'S national debt will rise from No Way to Christ On A Bike, chancellor Alistair Darling announced yesterday.

The chancellor confirmed that next year the government would spend an extra Holy Shit, an increase of For Fuck's Sake compared to 2007.

Mr Darling told the House of Commons: "Is everyone sitting down? Right. Okay. How should I put this? You know how sometimes you're in a canoe on a big river filled with turds?"

The chancellor predicted the economy would shrink by Hell's Teeth during 2009 but would then recover at a rate of Where Exactly Are You Getting That From? rising to You're Obviously Just Making This Up by the end of 2010.

Meanwhile help to pensioners and low income families would be increased by How Pathetic Is That? while VAT will be cut by Just Spend It On Booze For Christ's Sake.

Shadow chancellor George Osborne said every middle class family would be hit by an immediate tax hike of This Is Absolutely Fucking Typical which could eventually rise to You've Ruined My Life, You Incompetent Bastards.

Mr Osborne insisted a Tory government would peg government spending at Hang On I'm Still Getting My Head Round This, but warned that budgets may have to be cut by Don't Worry, You'll Be Okay If You've Got Bupa.

Police Cannot Wait To Get Tasers 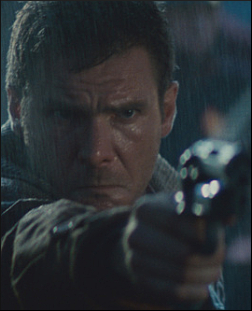 POLICEMEN across England and Wales could not sleep last night after being told they were going to get electric stun guns.

The Home Office said 10,000 tasers would be issued to forces across the country, causing the Police Federation to jump up and down while holding its privates to stop it from urinating.

"And then he'll be on the ground all jiggling and stuff and the electricity will be all over his body and it'll be all blue and sparky and then his eyes will just, like, pop out of his head and explode!"

According to the Home Office tasers can be used in almost any situation, apart from disabling Brazilian electricians who have 'built up an immunity'.

A Home Office spokesman said: "It will allow frontline officers to confront potentially dangerous suspects with increased confidence and be totally amazing."

He added: "Tasers are better than ordinary guns because they're electric. They're actually a bit like lasers. And who in their right mind is going to want want a gun when they could have a laser?

"Imagine, right, if you had a gun and I had a laser, you could shoot at me and I could, like, use my laser to deflect the bullet and then shoot you. Guns… fuck off."

In a separate announcement the Department of Health has predicted a 100,000% increase in members of the public electrocuted for being cheeky.