BRITONS are coldly assessing the value of friends and relatives to decide what quality of Christmas card they should receive, it has emerged.

High-status individuals will be given ‘luxury’ cards, while the least worthwhile people will get flimsy ones with an uninspired picture of a robin or some holly.

Office worker Tom Logan said: “People who are a significant but unexciting part of my life, like my parents, will be getting a mid-price card with a tasteful but generic picture of baubles.

“However people I want to impress, such as my boss and my friend Emma who I fancy, will be receiving ‘stylish’ expensive art cards with 3D bits and tasteful glitter effects.

“I’ve got a pack of 50 budget cards for people I don’t care about. They’ve got a really boring picture of a fir tree, but frankly I don’t give a shit what the couple upstairs and my cousin Simon think.”

Mum-of-two Nikki Hollis said: “We only send decent cards to people who will benefit our social life, with a ‘revenge’ system for people who sent us a low-quality card last year.

“The couple who sent us an unfunny cartoon of Santa being stopped by the police have been downgraded from a photo of a fox in the snow to a Tesco card that just says ‘Happy Xmas’ in calligraphy-type writing.” 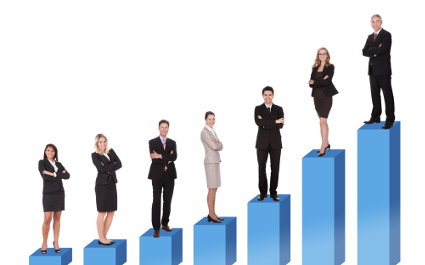 THE UK now has 36,402,339 different social classes, all of which can be detected and categorised in a face-to-face meeting in less than a minute.

The classes, which include Think They’re Middle Class, Posh But Not Rich, Rich But Not Posh and Working Class Carvery Obsessive, are often separated by a single detail but can be instantly recognised by any British person.

Carolyn Ryan of Manchester said: “This seven social classes shit is for the simplistic minds of Americans.

“My colleague Dave and I may have the same job, pay and house, but everyone knows he’s inferior to me because he wears Stone Island and has curry sauce on his chips.

“However Danielle, who earns half what I do and rents an ex-council flat, is higher on the class ladder because she used to have a horse and smokes crystal meth at weekends which I wouldn’t even know where to get.

“And there’s Rob, the boss. Drives a Merc, kids at private school, suits from Hackett, but drinks tea from a big Sports Direct mug.

Dr Henry Brubaker of the Institute for Studies said: “Incredibly, the British mind is capable of holding all 36 million of these separate classes in their mind at any one time, taking mere seconds to assign one with 98 per cent accuracy.

“It would be worthy of further study if anyone remotely cared.”