BRITAIN’S average standard of living will soon be no better than it was just over five years ago.

Bank of England governor Mervyn King said inflation and wage freezes meant take home pay will be equivalent to 2005 levels when all people could afford was loads and loads of stuff.

King said: “Unfortunately this is the price we have to pay for the greatest financial catastrophe in living memory.

“It’s time to batten down the hatches, look out your bank and credit card statements for 2005 and spend that amount of money instead.

“Stay safe, hold each other close and may God have mercy on us all.”

Meanwhile experts have warned that with the economy reaching 2005 levels people could be forced to power their homes using electricity and drive cars with diesel particulate filters and intelligent braking.

Julian Cook, chief economist at Donnelly-McPartlin, said: “I still think it’s 50-50 that high definition televisions will be uninvented,  but we are looking at a situation where, all things being equal, something as familiar and everyday as the Samsung Galaxy Pad would not actually exist.

“It’ll certainly be an interesting challenge. How did people get food in 2005? Did they even have online shopping back then or did they all have to go to a large building with a car park?”

He added: “And how did they make smoothies if they could not afford a smoothie maker with little feet and a big smiley face? Did they have to mash the bananas by hand or fashion some contraption using an old spinning wheel and a series of rapidly rotating forks?

Fresh calls for you to be sacked 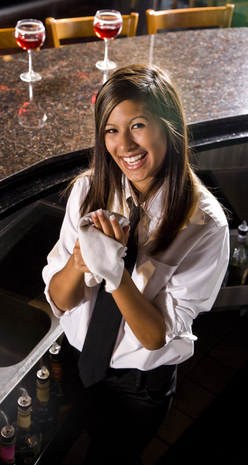 YOU are facing the sack today because you once said something about someone that some other people have decided to find offensive.

Pressure has been building on you since last week when one of your colleagues remembered you once made a remark about how the barmaid in the pub next to the office was reasonably attractive and that you could see yourself having sex with her after three, possibly four pints of lager.

Although the barmaid said she really didn’t mind and accepted it as part and parcel of working in the pub trade, the comment was leaked to the rest of the office leading to growing anger, followed by an outcry.

The outcry quickly evolved into furious demands for you to be sacked, mostly from people who had made the same remark about the same barmaid but saw this is an opportunity to get rid of you because they have never liked the way you drink your coffee.

But some have leapt to your defence, insisting the real reason you are being sacked is because you are reclaiming payment protection insurance from a subsidiary of your employer’s parent company.

A source said: “Everyone involved in this – you, your employer, your employer’s parent company and everyone who thinks you should be sacked, particularly the ones who didn’t like you anyway, really need to go fuck themselves to death.

“If you were guards at Auschwitz, I couldn’t hate you more.”

Meanwhile your colleague is under no pressure whatsoever after an email emerged in which she expressed a desire to ‘ride that Benedict Cumberbatch until his eyes pop out of his head’.