A SURVEY to find the world’s friendliest city has been told in no uncertain terms that it is London, unless the researchers have a problem with that.

The researchers returned from London stressing just how welcoming the people were and that they never want to talk about their trip ever  again.

Professor Henry Brubaker of the Institute for Studies said: “The people of London are incredibly friendly. They were absolutely adamant about that.

“In fact they were so friendly that they got quite angry that we could even insinuate there was any doubt as to how friendly they are. Please don’t make me go back there.”

Critics have suggested the survey was flawed as researchers were unable to interview 99.9 percent of the city’s residents as they were far too busy to stop and be friendly.

Londoner Wayne Hayes said: “Someone stepped out in front of me with a questionnaire, so I did the friendliest thing I could think of and shoulder-barged her to the ground.”

Labour to split party HQ down the middle, just like that episode of 'Steptoe and Son' 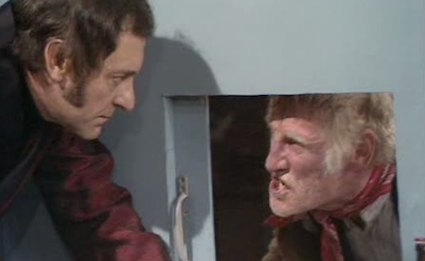 THE Labour Party has agreed to split its headquarters straight down the middle after watching a classic 1972 episode of Steptoe and Son.

A senior Labour insider said: “How are Jeremy Corbyn and Tom Watson going to be able to watch a football match with only half the TV each?

“They even look a bit like them, in a ‘not really but kind of’ way.”

The source added: “We’re going to have to get an extra letter box put on the front door, but it’s a small price to pay really.”

The party has also use the name of the episode, ‘Divided We Stand’ as its campaign slogan for the next general election.