London Now Worse Than Some Place In Australia

LONDON now offers a worse quality of life than some place in Australia for God’s sake, it emerged last night.

In the latest indictment of the capital, an international survey found that Sydney was a better place to live even though it is full of Australians.

Experts stressed that if London is now worse than an Australian place then they may as well just go ahead and rank it below Mogadishu or one of those Colombian gangster hell holes.

Martin Bishop, surveys analyst at Donnelly-McPartlin, said: “Mogadishu is currently full of pirates and bomb craters, but at least most of the people who live there are Somalian.

“And while London is currently full of pirates and bomb craters, at least most of the people who clean its hotel toilets are Somalian.”

He added: “But to be ranked below an Australian place means that either the survey organisers were bribed or we should be setting fire to everything in Britain and jumping into a boat.”

After being told the city was worse than Australians London mayor Boris Johnson got up from hs desk at the assembly headquarters and thanked his secretary before walking to the lift and pressing the button for the top floor.

He then made his way to the roof and was about to climb onto the railing when he was grabbed by his shirt tails and bundled to the ground.

As he was strapped to a trolley and wheeled into an ambulance he shouted: “Australians! Australians! Let me die! If there is a God in heaven, let me die!”

Tom Logan, a trainee architect from Finsbury Park, said: “While this result is truly horrifying, I’m just wondering whether it’s maybe connected to all the rudeness and the urine.” 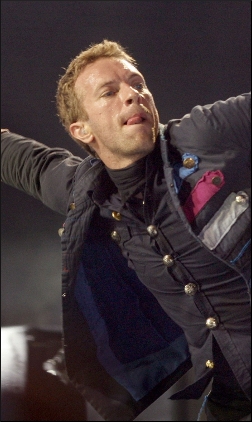 BONO has cancelled his appearance at Glastonbury forcing
organisers into a last minute hunt for some other twat.

For more than 120 years the headline spot at the white collar hippy festival has been filled by some of music’s biggest arseholes, including the one with all the hair, the whiny American chap and that ridiculous Mancunian who has taken to selling t-shirts.

But now Michael Eavis, the simple multi-millionaire farmer who runs Glastonbury from his upside down head, has appealed to managers all over the world to check their schedules and see if one of their twats is available.

He added: “Obviously we’re disappointed. Bono truly is a once in a generation bellend.

“But perhaps this year will see the emergence of a new breed of utterly hellish prick who will prance around thinking he’s Jesus in front of a load of London-based media and marketing executives who’ve paid way too much for their funghi.

“Meanwhile, I’ve got to find something to do with this 200ft wide backdrop of Bono blessing Pope Benedict. I suppose we could make it into a duvet cover for a blue whale that really likes The Joshua Tree. My God, can you imagine anything worse?”

U2 were forced to cancel after Bono ruptured his back while trying to reconcile his support for third world debt relief with his Cote D’Azur mansion and his army of highly skilled tax accountants.

Coldplay have been suggested as a replacement, but even U2 fans have threatened to petrol bomb the main stage if Chris Martin is spotted so much as a foot inside the Somerset County Council boundary.