A WOMAN from Tower Hamlets has absolutely no idea how to get around Mayfair, it has emerged.

Francesca Johnson agreed to meet her friend Kate in a pub near Green Park station, a place she had never been before despite having lived in London her entire life.

Johnson said: “Kate’s visiting from a place in the countryside called Bristol. She wanted to meet in Mayfair for some reason, as though there’s no pubs in Mile End.

“Like all Londoners, I never willingly travel more than thirty minutes from my front door, and I mentally shut down whenever someone mentions a postcode with a W in it.

“I had to pretend I come here all the time, although the closest I’ve been is when I feel asleep drunk on the night bus and ended up in Bond Street at 3am.”

She added: “I can’t check my phone because the locals will know I’m not from round here and jump me.

“I only just found out that Berkeley Square is a real place. I thought it was fictional, like Acacia Avenue, or Baker Street.” 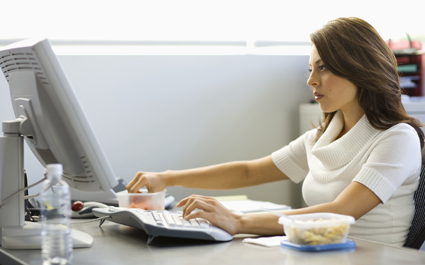 A WOMAN has flaunted her figure merely by existing.

25-year-old Emma Bradford began the flaunting process when she woke up this morning and prepared to go to work. Although the office worker lives alone, her sensational figure was clearly visible to her cat as she cleaned her teeth.

Dressed in a jacket and trousers, she then stunned onlookers by eating a Toffee Crisp on the train.

A bystander said: “She got some crumbs on her shirt and had to wipe them off with a bit of tissue. It was a real eyeful.”

The flaunting continued throughout the day as Bradford sat at her computer, occasionally getting up to make a cup of tea.

A kitchen onlooker said: “You could tell from the way she dunked her teabag that she was loving the attention. She was certainly looking great as she removed a prawn sandwich from a Tupperware tub and took several bites.”

Bradford later put on a hot display at her local Co-op, where she bought milk, bread, and a Truly Irresistible Sticky Toffee Pudding that was on offer.