A MAN has spent a ridiculous amount of money on Christmas gifts for his six month-old son.

Martin Bishop, 32, believes that his infant son Ian will really appreciate the plethora of gifts that await him under the tree.

Bishop said: “He’s at an important stage in his development where he needs £300 worth of stuff from the Disney store and a tablet computer – a proper Apple one not some off-brand Argos thing.

“Ian is not the sort of baby who would be amused by something as simple as a felt clown with a bell on it. He’s an advanced baby.

“He will thank me in future years, when he has achieved the necessary level of development to recognise toys or know what Christmas is.” 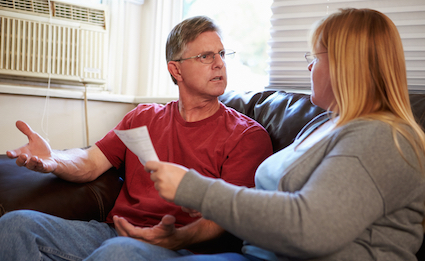 A HUSBAND and wife are to divorce after arguing about the £72m they did not win on the lottery.

Bill McKay, from Carlisle, wanted to throw a massive party for all their friends, while his wife Sandra was going to celebrate the win that never happened with a round-the-world trip.

Mutual friend Roy Hobbs said: “They’ve now contacted lawyers to come to a settlement over the assets they don’t have.”

The couple will shortly be imagining how awkward it is going to be to sell the £5m mansion they would have bought and have rallied support from the rich new circle of friends they imagine they would have made.

Divorce lawyers now recommend couples enter lottery counselling before being wed to ensure their tastes will not clash. A London couple broke up last month after the sessions revealed he would become unbearably snobbish while she would blow the lot on expensive, gaudy crap.

Hobbs added: “The irony is, they should’ve broken up years ago over the affairs Bill thought weren’t happening but actually were.”