A MAN who led a thing that doesn’t matter for 10 years has become bored of it.

The man said he was now going to do something more interesting in an organisation that has a point.

The man said: “At first it seemed as if the thing mattered because whenever I said something the newspapers would publish it.

“And, while I am very clever, the only reason they were doing that was because I was the leader of the thing. But we both knew, deep down, that the thing didn’t matter.

“Also, I have a very big office and a rather striking hat, both of which made me feel as if the thing mattered more than it actually did.

“And I got to meet famous people, who were all very kind and would pretend to be impressed with me, even though they probably thought the thing wasn’t very good and that I was wasting my time.

“But I’m quite old now and I want to actually do something that, you know, matters.”

The man is now expected to be replaced by another man who will try to make the thing matter by saying things that will make it matter even less.

Life to be slightly easier for people who are absolutely fine 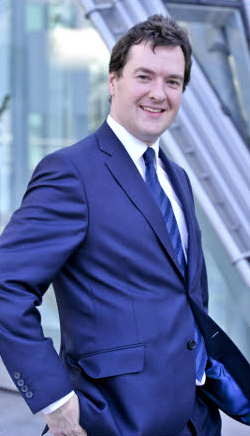 GEORGE Osborne will next week make life at least 10 per cent better for people who have nothing to worry about.

In a daring political move, the chancellor will reach out to hard-pressed middle-income Britons by showing them the sort of treatment they could expect if only they made more money.

A senior Tory source said: “We’ve done the electoral maths and we reckon middle class people want to be ignored almost as much as they want rich people to have more things.

“Focus groups up and down the country are telling us to cut child benefit for people on middle incomes so that those on more than £150,000 a year can continue to donate money to the Conservative Party. It is almost breath taking in its simplicity.

“And I don’t care how many PhDs in arithmetic you have – a tax that only raises a few hundred million pounds a year is not better than nothing. A child can see that. Even a British one.”

The source added: “I don’t want to talk in terms of landslides, but I think we will be in government for a very long time.”

Meanwhile border control staff said the tax cut would mean they would no longer have to work 20 hour shifts processing the constant stream of high earners pouring out of Britain every second.

Bill McKay, who works at Heathrow, said: “There are huge queues of them all carrying their pathetic little bundles of really expensive stuff and trying desperately to bribe the business class flight attendants to get their children some gluten-free polenta.”