Man considers going to bed at 2.30 in afternoon

A MAN is toying with the idea of going to bed at half past two this afternoon.

Tom Booker has looked at the weather, realised it is already getting dark and the day holds nothing further in store.

Booker, from north London, said: “I’ve flicked around Freeview and realised it might as well be the 1960s when the only thing on was the test card, followed by a programme about Welsh agriculture.

“I considered going out, but the wind suddenly whistled up the outside drainpipe as if to say, ‘friend, do not do it’.

“I thought about transferring some frozen peas from one teacup to another, over and over until they thawed, but that requires a tremendous amount of concentration and it is a Sunday.

“Finally, I thought, be true to yourself and just go to bed.”

Booker revealed he was also going to change the bed linen and put on some clean pyjamas ‘to add a sense of occasion’. 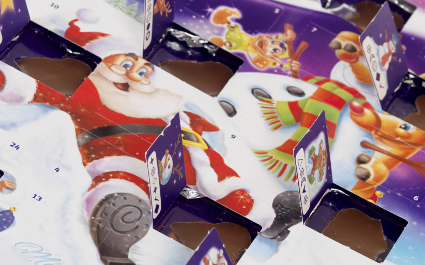 YET another unpleasant chocolate from a £2 advent calendar has been ritually chewed and swallowed.

The chocolate, the fifth so far, was small, of poor quality and shaped like either a snowman or a Christmas cracker, though a positive identification would be impossible.

Tom Booker, from Swindon, said: “I thought it would be fun, counting down the days to Christmas, but instead the procession through December has been a grim, joyless march.

“I don’t have particularly high standards when it comes to chocolate, just a sealed packet you can remove it from without digging into it with your fingernails, but on both counts this calendar’s some distance worse than a Freddo.

“They don’t even have pictures behind the doors anymore.

“It has worked, in that I can’t wait for Christmas to come, if only so I can throw this fucking thing away.”

Booker’s girlfriend Mary said: “He’s like a big kid with that advent calendar I bought him, gobbling it down every day as fast as he can.

“Oh no, I don’t have one. I prefer nice chocolates.”