Man declares himself a hero for attending women's march

A MAN who went on the March 4 Women has confirmed he is heroic.

Tom Logan braved the damp streets and single-figure temperatures to show solidarity with women worldwide, before leaving early to get a burrito.

He said: “I came even though I was really hung over, I wore my This Is What A Feminist Looks Like t-shirt, and I stayed for more than half of it.

“Does that make me a hero? Actually, yes.

“But the coverage of the women’s march was all about the women. What about us men? I should get some credit for dedicating nearly a whole day to the females and their female issues.

“I personally clapped really loudly, even when the speakers were making some frankly quite obvious points, so I’ve done my bit. And it would be nice if that had been acknowledged by some of the women around me, who all looked so miserable, with their Me Too placards.

Logan said that the rally in Trafalgar Square was addressed by several high-profile feminists, “like Sadiq Khan and Michael Sheen, who were great. Their voices really carried, too”.

He added: “Sophie Ellis-Bextor was also there. I can’t believe I used to fancy her. And Bianca Jagger, who was really hot when she was young.” 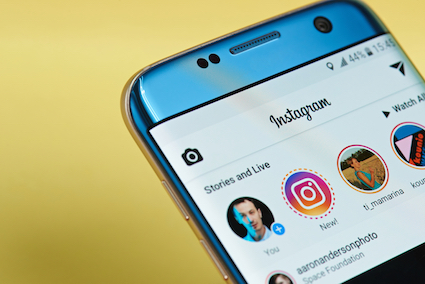 ANYONE  who describes themselves as an ‘Instagrammer’ is a step back in human evolution, scientists have claimed.

The Institute for Studies said that so-called ‘social media influencers’ are in fact a completely new type of primate called homo superficialias.

Professor Henry Brubaker added: “They represent a step back because they can only survive in the very specific conditions of the Information Age.

“If they had existed at an earlier point in history they would have been completely wiped out.

“For example, when faced with a sabre-tooth tiger, instead of hunting it to extinction, they would have tried to pose with it for a self-drawn cave painting – and been quite deservedly mauled to death.”