Man expects praise for not being a misogynist

A MAN thinks he deserves recognition and respect for not being an obvious misogynist.

Nathan Muir, from Haggerston, believes that his conviction that women are more or less equal to men in most ways entitles him to some kind of medal.

Muir said: “I never hold doors open, I always offer to wash up, and I never turn off Question Time just because Germaine Greer is on.

Muir said that workplaces should do more to ensure men and women were paid equally, but added that it was not a problem at his office because no women were employed there.

He continued: “I guess I’m just a really thoughtful, sensitive guy who loves Wonder Woman and abortions. I just wish everyone else was enlightened as me.

“I have many attractive female friends.” 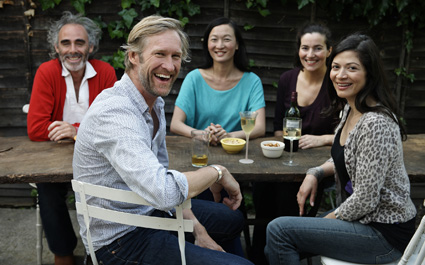 SEVERAL middle-aged friends are regretting buying tickets to a festival this summer.

The plan was concocted after a few drinks at a dinner party in November, but as the event draws nearer, they are wondering what possessed them to spend hundreds of pounds on a weekend in a quarry surrounded by teenagers on drugs.

Mother-of-two Nikki Hollis said: “This is going to cost as much as a week in Italy.

“I only liked festivals when I was younger because I could get shitfaced and try to get off with boys, now I’m going to be arguing with my husband about who stays in the tent to babysit the kids.”

The Whatsapp group chat about the event has dwindled from excited conversation to occasional concerned missives about travel plans and sanitary facilities on the festival site.

The only person still looking forward to the weekend is recent divorcee Tony Cooper, who has been studying the line-up and is now really into Skepta.

He is currently in negotiations with his nephew about procuring several grams of MDMA as a surprise for everyone.