A MAN has discovered a profound sense of contentment and inner calm by comparing his fairly average life with the lives of unluckier friends.

Having spent years feeling inadequate next to his high-earning, house-owning, exotic holiday-going friends, Tom Booker recently began to focus on those friends who weren’t doing so well.

He said: “I was relieved to realise I know loads of losers. Normally I wouldn’t even think about them because their lives are so uninteresting to me, but by comparing myself to them, I feel great.

“If I focus on my mate Bryan who works at a cash and carry, for example, I feel like a king. The guy has absolutely no prospects and eats those microwave burgers that come in a bun. It’s a real mood lifter.

“Or there’s my friend Andy whose girlfriend left him right after he proposed to her. He had to be signed off work and hasn’t showered for months. Compared to him, I’m killing it”.

Booker added: “I’m meeting up with a couple of no-hopers this Friday for some beers. I can’t wait to compare our weekend plans because I know theirs are going to be even more depressing than mine.”

May must reveal Brexit plan so I can agree with it, says Corbyn 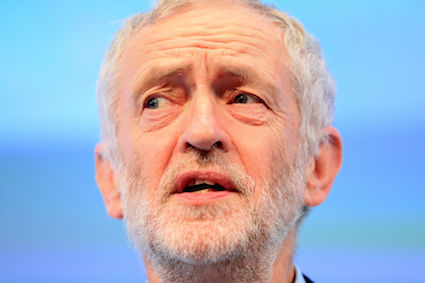 JEREMY Corbyn has demanded that the prime minister reveal details of her Brexit plan so he can offer no opposition.

The Labour leader has promised to take the fight to the government over its Brexit secrecy until a full plan is published that he will then more-or-less support.

He continued: “Theresa May cannot keep the British people and Parliament in the dark about her negotiating position, which I suspect is a very sensible one I’ll happily go along with.

“We will tirelessly push for clarity and a Brexit which is the best possible deal for the British people, which come to think of it is exactly what she says.

“I will take the government to task about some of their emphasis and phrasing, but essentially if we’re leaving the EU it’s all good except minor quibbles.

Theresa May said: “We’ve been trying to come up with something they won’t agree with, just to differentiate our brand. Impossible so far.”