A FATHER has woken up sweating and terrified from a nightmare that his wife was pregnant with their third child.

Tom Booker, from Leatherhead, who already has two school-age children and hopes he will never change a nappy again, admitted that he was still deeply traumatised at midday.

He said: “It seemed so real. So real.

“My wife announced it like it was good news and I took it the same way, but then I remembered the nights. The screams. The endless parade of shit. Being unable to leave the house without 15 cubic feet of equipment.

“Normally my nightmares are about the zombie apocalypse or being sentenced to death for a crime I may or may not have committed. You know, stuff you can cope with.

“When I told my wife she went white just at the thought. But she reassured me that it couldn’t ever actually happen, because we never have sex.”

Petrol stations confirm they have plenty of horrible flowers 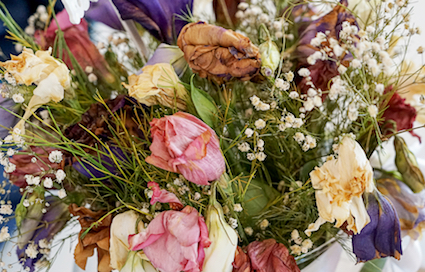 PETROL stations have stocked up on cheap, manky flowers in time for Valentine’s Day.

Mark Jameson, the manager of a BP garage in Sutton, said: “We know every year to order them in bulk. Perplexed and stressed out men are desperate to pay money for ugly flowers.

“So long as they’re displeasing to the eye and next to the door, the men go nuts for them. They literally cannot get enough shit flowers.

“We arrange beautiful, handpicked bouquets of horrid foliage to compliment the flowers that have wilted and died.

“Our customers love a mix of the two and business has never been better.”

Customer Wayne Hayes, said: “Thank god for this handy BP garage providing such gorgeous flowers. I don’t even look at the price because it’s all about love.”

Hayes then peeled off half of the ‘reduced’ label before flicking away some of the shrivelled brown bits.